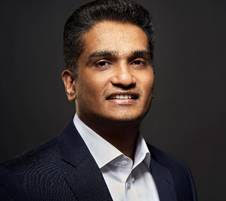 The Goods and Services Tax (GST)—India’s biggest tax reform post-independence—was implemented on 1 July 2017. This new tax regime seeks to transform the Indian economy with its ‘One Nation, One Market, One Tax’ principle by subsuming a host of indirect taxes charged at varied rates by the Centre and states, therefore bringing uniformity in taxation across the country.

Though its primary objective was to simplify the complex tax structure on the supply of goods and services, the reform created quite a stir due to its complex nature, due to which many myths about GST started making the rounds.

Let us Debunk some of these myths.

MYTH: GST has equal impact on all residential properties

FACT: The impact of GST on property is mainly dependent on segmental classification of projects. The extent of the impact on residential properties predominantly depends on the phase of construction, the location as well as the type of project. For example, impact will be observed more in case of new launches as compared to near completion projects. Similarly, suburban projects will be more impacted as compared to city-centre projects and affordable or value housing will see larger impact as compared to luxury housing. This is on account of different proportion of land cost in project cost (land cost exempted from GST), different GST applicable to different materials, amount spent split in pre-GST time and post-GST time and on account of lower GST for affordable housing projects.

Thus there is no uniform or single amount by which residential properties are impacted due to GST system.

MYTH: Everything is clear about GST in real estate

FACT: There still persist certain grey areas which are yet to be evaluated by tax experts to stand the ‘test of law’. Some of them are:

· Taxability of club house charges, electricity and water deposits, preferential location charges, car park charges and eligibility of one-third land deduction abatement on such charges. The authorities could demand a full GST of 18% on these charges, given that the one-third deduction may not be extended to these amounts

· Taxability of land value where the same exceeds one-third of the total sale price and the developer has contracted separate agreements for the supply of land and construction portion;

· Ineligibility of refund to developers under the inverted duty structure considering inputs are procured at a higher rate of tax, whereas output is charged at a lower tax rate.

MYTH: GST means price benefit for all the buyers

FACT: There is a possibility of the market perceiving GST to be a ‘by default’ agent for a price drop for all projects. However, the actual factor for such price reduction is based passing of cost savings achieved and this is just one of the several factors influence the pricing and thus cannot be by default expected as a price benefit agent.

For example, customers opting for affordable housing projects are expected to reap the maximum benefits whereas such benefits are expected to reduce as the segment moves towards luxury and ultra-luxury sectors. Similarly, in projects where the land cost is low, the savings can be significant and closer to the estimated savings. However, where the land cost is high, the savings on account of GST may not be significant

FACT: The effective rate of tax has not seen too much deviation. The earlier tax rate was ranging from 10–15%. Now the tax rate has been pegged at 18%, with an abatement of one-third being provided towards land value, thereby reducing the effective tax rate to 12% of the entire agreement value under GST. So while it may seem that GST should result in savings of at least 3–4%; the ground-level reality is different and depending on which state the buyer buy property in, there could be positive or negative impact of GST as compared to pre-GST taxation.

MYTH: Developers do not want to pass the benefit to buyers

FACT: Quite the contrary, developers do want to pass the benefit to end users as this would not only attract more buyers, but also build trust for their brand. However, the benefit not clear yet. In addition, the GST law requires businesses to mandatorily pass on the benefit derived from any reduction in the rate of tax or benefit from the input tax credit to customers. However, with regard to the real estate sector the industry is grappling to determine the actual benefit on account of GST and there is lack of clarity on how the benefit, if at all any has to be computed at all any, has to be computed (the period to be considered, the factors to be considered, etc.). This is because, in case of real estate, the product is unique. Unlike an FMCG product, an apartment does not have an ‘MRP’, or a ‘Best before’ date. Thus as the final price of a project is an estimate for what the markets will be like for the next 4-5 years, it is difficult for a developer to allocate benefits of input tax credit today over various projects and build those into a future price benefit for the customer. One of the biggest challenges is the allocation of input tax credit to under construction projects, where part of it has been completed before GST came to light.

To summarize, the GST law still has to mature and compliance related processes need to be refined further. It is important that the government ensure clarifications to ensure major concerns, which need clarity once and for all are addressed.