The top five hotspots for residential property investment in the country today are Mumbai, Bengaluru, Hyderabad, Ahmedabad and Chennai. These cities are more or less regulars on most hotspots lists, but there is a sound rationale behind their consistent performance year after year. Not only are these cities attracting new businesses and industry, their respective governments are also investing resources in building adequate infrastructure to attract capital.

With their local economies growing, the influx of talent and skilled workforce into these cities is inevitable, and this naturally results in increased demand for residential properties. Also, the earlier slowdown in the economy and glut in the real estate sector has ensured that prices in these cities have come down, and developers active there have now invested in launching affordable housing projects that are in high demand. With the economy now on the growth path, more people will have money to invest in real estate – which still remains the investment preferred asset class for most Indians.

These cities boast not only of availability of basic infrastructure in terms of electricity, water and other amenities, but are also improving in terms of communication and commuting facilities such as metros and road development. They also offer a better quality of life because they have a good saturation of leisure and entertainment facilities. This factor boosts the potential for outright sales and increased rentals.

While Hyderabad, Bengaluru and Chennai are the IT hotspots, Mumbai is seeing Navi Mumbai’s advancement as a growth corridor due to the increasing saturation of the mainland. These cities are seeing a constant growth in employment opportunities, attracting people from all over the country. This has naturally led to a lot of new residential projects being launched, especially in the high-demand affordable segment. As a result, NRIs looking for lucrative returns in new developments in these cities  can expect handsome growth in capital values over the mid-to-long term, and steady rental income in the meantime. Also, the regulatory environment turning pro-consumer on the back of RERA imminent deployment, investing in residential property is all set to become even more attractive for NRIs.

Other Cities As Strong Contenders

Since the time the government announced the list of Smart Cities in 2016, quite a few other cities have also moved front and center on the investment charts. They are particularly on the radar of NRIs focused on residential property investment. These cities include Pune, Kochi, Vishakhapatnam and Indore. The IT/ITeS sector strong and growing in these cities, and they have the added attraction of being commercial hubs and educational hotspot of their respective regions. These cities will show a lot of potential for lucrative property investments in the future.

By April, 2017, the entire country will be covered by the revolutionary Real Estate Regulation and Development Act, which has been designed for absolute consumer-friendliness. This Act will infuse a massive dose of transparency and efficiency into the entire Indian real estate sector. NRIs looking to invest into residential property in 2017 should focus on States where RERA is already active. If they have other cities in mind, they will not have to beyond May 2017, after which the real estate sector will be uniformly level playing field for everyone.

The recent currency demonetization exercise may keep a certain segment of buyers and investors away from the market for a while, but for those planning to invest in projects developed by reputed builders and using formal and legal channels of financing, this is the right time to invest. Also, a lot of developers will be looking to achieve better liquidity for their future projects, making the first 1-2 months of 2017 an ideal period for buyers to negotiate favourable terms. It should be kept in mind that the expected nation-wide implementation of RERA by mid-2017 will bring with it a lot of compliance-related cost escalations for developers, forcing them to raise prices even if they do not wish to. 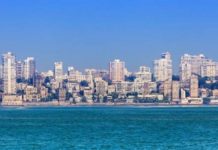 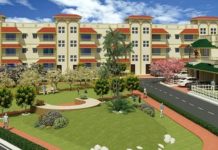 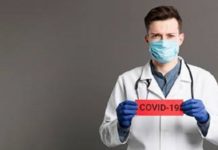 Will PPPs in Affordable Housing Succeed?

The Role of Architecture in Modern Luxury Housing