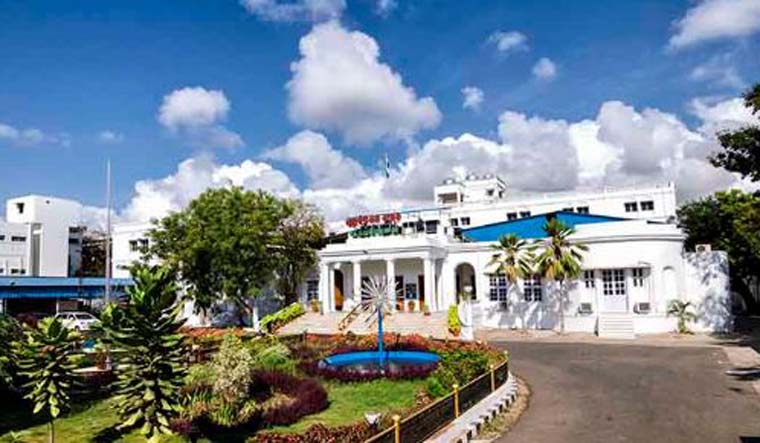 Puducherry, formerly called Pondicherry, was historically a French colony and still retains much of the ethos of its French heritage and architecture today. This extremely famous tourist destination is renowned for its long beach promenades, large boulevards, colourful houses reflecting both French and Tamil architecture. The city has a highly organized grid pattern of streets, fascinating heritage monuments and its very own Tamil precinct.

All these facets have, over time, ensured that Puducherry continues to stand apart – as a tourist location and as a unique city in India. With Auroville being an important magnet, the city recorded 1.07 lakh foreign tourists in 2016 accounting for 11% annual growth. while 13 lakh domestic tourists in the same year accounted for 7% annual growth.

Importantly, Puducherry is now a contender in Round 3 of the Smart Cities Mission competition of the Government of India. As we know, the Smart Cities Mission is intended to drive economic growth and improve the quality of life of people in the identified and selected cities. The modus operandi is to enable local development and harness technology to create smart outcomes.

100 cities were shortlisted, and 20 cities were selected as part of Round 1 of the Smart Cities competition. Another 13 cities were added in the fast-track round, and 27 more in Round 2. The remaining cities will participate in Round 3, and their proposals will be submitted in March 2017 with the results to be announced in April.

In the case of Puducherry, an earlier proposal submitted for the Oulgaret Municipality was not shortlisted because it had focused on ‘greenfield’ development at a cost of INR 5,660 crore and was deemed financially viable. However, the Government has now identified Puducherry City area for participation in Round 3. For the proposal preparation, the Government of Puducherry has appointed JLL India’s Strategic Consulting division, which has already worked for 7 other cities identified under the Smart Cities mission. Of these, Bhubaneshwar ranked #1 in Round 1, Amritsar ranked #1 in Round 2 and both Chennai and Vadodara were selected in the top 60 cities.

The Puducherry proposal is current underway at full steam and has recorded direct and indirect engagement with citizens via physical engagement, articles in leading dailies, Smart City banners, radio and television announcements, workshops, seminars, social media, competitions and surveys. This is important since the Smart Cities Mission is all about Urban Transformation with emphasis on citizen engagement.

In accordance with the inputs of citizen and key stakeholders in Puducherry, the main boulevard and its surrounding areas measuring about 1500 acres have been selected for major retrofitting-based upgradation. Logically, the Puducherry proposal primarily focuses on tourism, with highlight projects such as:

·         Extension and beautification of the beach promenade

The Union Tourism Ministry has also approved an allocation of INR 100 crore for various tourist circuit projects under the ‘Swadesh Darshan’ scheme.

Puducherry Municipality covers over 19.26 sq. km., comprises of 8 constituencies and accounts for a population of 2.44 lakh. The city is well-connected by roads to other towns and cities throughout India. East Coast Road connects Puducherry with Chennai (north) and Cuddalore (south), while NH45A connects to Villupuram and NH66 to Tindivanam.

Being a coastal city, Puducherry has a limited number of train routes to depend on. Nevertheless, it does have train connectivity to Chennai, Mangaluru, Tiruchirappalli, Bengaluru, Kolkata, Thiruvananthapuram, Bhubaneswar, Howrah, Tirupati, New Delhi and Mumbai via Villupuram.  A dedicated airport, expected to be operational in 3Q 2017, will connect Puducherry to nearby cities within 500 km to boost the influx of foreign tourist and fuel industrial investment to Puducherry.

Notably, city planning in Puducherry was largely influenced by its waterways. Its earlier settlements were built on higher lands, while the low lands – or flood plains – were used for agriculture. The city’s canals were built as source of water supply to its settlements. In the Puducherry of today, the French Quarter is separated from the Tamil town by the multi-functional Grand Canal. Puducherry’s Smart City proposal includes reviving these waterways and making the Grand Canal a vibrant public space for tourists and citizens.

About 1300 buildings within the boulevard area have been identified as heritage buildings. These structures are very valuable for understanding this unique region’s architectural evolution and must be preserved for posterity. The heritage town is eminently suited for exploration by cycle and by foot and provides fascinating access to Puducherry’s cultural history. The Smart City proposal, therefore, places emphasis on a Cycle Sharing system and ‘pedestrianization’ of Nehru Street and Beach Promenade. It also includes disabled-friendly footpaths along the 130 km road network within the area earmarked for smart city implementation to promote walking.

Apart from these heritage and tourism-focused initiatives, the proposal also identifies various aspects for improving the basic civic infrastructure, including:

·         Source augmentation of water and recycling of wastewater

Across Puducherry, the Smart City proposal will focus on urban mobility via NMT (Non-Motorized Transport) and initiatives like intelligent traffic and parking management, a cycle sharing network, a public transit corridor and a City Control Command Centre. All this will be supported by a dedicated mobile ‘city app’ to promote smarter and more convenient tourism as well as provide GIS mapping of all of the city’s utilities.

The approximate cost for the Puducherry Smart City proposal is estimated to be INR 1800 crore. It has been formulated to ensure convergence with several Government schemes such as Atal Mission for Rejuvenation and Urban Transformation (AMRUT), Swachh Bharat Mission, Digital India, Safe City Project, Integrated Power Development Scheme, Solar Mission and Housing for All. Notably, about 23% of the project components have Public-Private Partnership (PPP) opportunities. The Smart City Proposal has also factored in the interests evinced by the French Government’s Agence Française de Développement (AFD) for partnering with the initiatives.

Because of the strong tourism component, Puducherry revolves predominantly around hospitality and retail. The city has around 12,700 hotel rooms across all categories in around 165 hotels, with 65% occupancy. Smart City development will open more opportunities for the hospitality sector to convert existing vacant sites to hotels, boutique retail and food streets. The combination of the French Town, Tamil Town and beach makes it very attractive for investors. Puducherry is also famous for holiday homes. With technology-based players such as Oyo Hotels and Airbnb now active, these generate revenue when unoccupied by the owners.

Puducherry has constrained expansion potential due to limited land available for development. With it getting a Smart City tag, infrastructure in the city will improve and attract investors and buyers. The city’s preference in terms of real estate formats is currently skewed towards low-rise developments, but the Smart City push can serve to introduce high-rise developments. Most of the developments in Puducherry are concentrated in the boulevard area and the heritage town, where the land costs range between INR 6,000-8,000 per sq. ft. In the periphery, they range between INR 2,000-3,500 per sq. ft.

Based on the innovative approach being proposed under the Smart City proposal, Puducherry has a strong foundation among the top contenders in the next competitive round. The proposal tagged ‘Ville Smart’, will bring in world-class support infrastructure. This, as a consequence, will also boost the real estate demand in the hospitality, retail and residential segments.

What Lies Ahead for the Pune Property Market