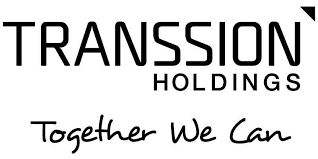 Chinese mobile OEM giant TRANSSION, after successful forays in African & asia markets with its multi-brand strategy, has now set it’s sights on the lucrative Indian handset market in the 6k – 20k price band. The group, having entered India in late 2015, strenghthened the distribution & already enjoys no. 2 position for its feature phone brand iTEL, only behind Samsung. Now upping the ante, the group has test marketed it’s Tecno brand of smartphones in 3 Indian states with a national launch on the anvil.

The company believes in setting up a strong leadership team across key functions & their latest hire is a clear reflection of this mindset.

Tathagat Jena or ‘TJ’ as he is called, joins them as Sr. Vice President – Marketing and has been entrusted with the task to build a strong brand and run a efficient demand generation programme for the Tecno & Infinix brands. TJ is a seasoned marketer with nearly two decades of experience, almost half of which have been spent at Samsung, helping take it from the no. 4 brand in 2008 to numero uno status. In his nearly 9 year journey at Samsung, TJ has handled multiple roles in marketing and communication. Before that he had worked at leading advertising agencies such as Leo Burnett, Ogilvy and Lowe.

Speaking of the move, Tathagat says “I am really impressed with the vision and the ambition of the Transsion group for India. But the real clincher for me was their transparency and their motto which is “together we can”. I am sure that together we will create one of the most endearing brands in the Indian mobile phone market.