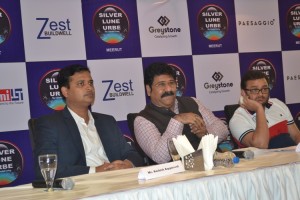 Tulsiani Construction & Developers Ltd. on Monday launched Phase II of Silver Lune Urbe — 56 acre integrated township in Meerut — where it will have 172 independent floors. The developer launched the township in June last year and received good response for its Phase I by selling 200 of the offerings in the initial period.

According to a press release, Silver Lune Urbe has luxurious 2, 3 & 4-bedroom independent floors and villas. It is strategically located near the National Highway bypass from Delhi and is around 7 km from Begum Pull and around half a km from the Delhi bypass. The total area of the project is around 130 acre with 70 per cent of the area left for the green space.

Around four blocks of houses and villas are planned inside the township with provisions for EWS, LIG and commercial space. There will be 1,570 independent floor houses comprising various permutations of bedrooms (2, 3 & 4 Bedrooms) and 85 villas.

AK Tulsiani, CMD, Tulsiani Construction and Developers Ltd, said, “The response to our projects shows that if people see the commitment in developer then the price of the product does not matter. People who need those kinds of amenities are always there in the market. The need is for the developers to show earnest and deliver the right product to the right people.”

Residents of Vasundhara arms against GMC