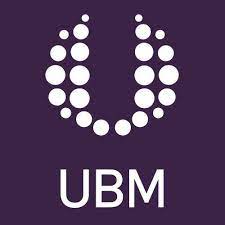 Eknath Shinde highlighted that the Concrete Show India will help bring in new technologies for the industry which will add value to new projects being initiated at State level. We would like Maharashtra to be the biggest contributor towards the ‘Make in India’ campaign. We have tied up with Maharashtra State Road Development Corporation Ltd. (MSRDC) for construction of road projects and will be focusing on using advanced technologies which will help reduce the time taken for completion of such projects going forward.

The show brought together over 150 Indian and global suppliers and manufacturers from industries including concrete and construction, construction equipments, IT Systems and construction chemicals, all under one roof. Concrete Show India is an industry platform exclusively dedicated to the construction & infrastructure space covering key sectors like roads and highways, housing, airports, ports, power, rail, dams and bridges.

The expo also offered digital B2B meetings as a special feature which enabled productive business discussions between the industry’s stakeholders.

Speaking on the inaugural of the Concrete Show India 2016,  Yogesh Mudras, MD, UBM India said, “Today, India’s need for infrastructure development is well supported by the Union Government’s mega push for the said sector. From roadways, railways to airports and other smart-city initiatives, the last few years have witnessed a phenomenal growth in the sector, leading to world-class facilities coming up across the country. With an outlay of more than Rs. 2 trillion for infrastructure in the Union Budget 2016, the sector will witness a huge positive shift in 2016-17.”

The releases said, expo will see the launch of Rheoluc® CM, a new range of product from Lucid Colloids Ltd. Lucid is an Indian manufacturer of Guar Gum and its derivatives and the first Indian company to manufacture in India a wide variety of products including customised grades under the Rheoluc® CM range for construction materials.

Speaking on the launch of their new product range, Vinayak Natu, Technical Advisor, Lucid Colloids Ltd., said, ” Lucid Colloids Ltd. is pleased to announce the launch of its new product range Rheoluc® CM. These are Galactomannan based Thickeners, Rheology Modifiers and Water Retention Aids for various cement and gypsum based Construction Materials such as tile cements, mortars, plasters, grouts, putties and sealing compounds.”