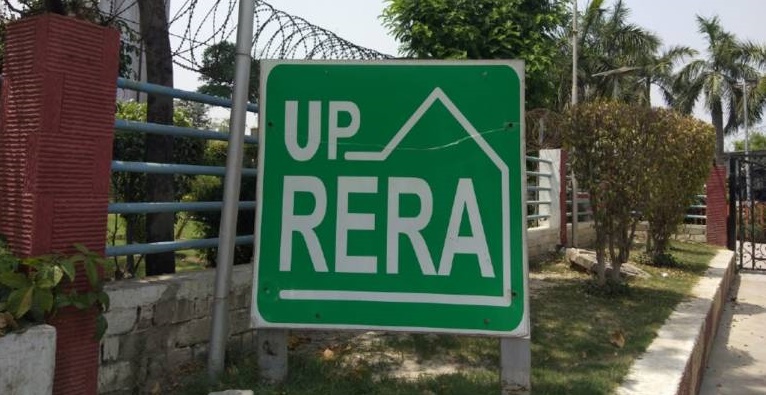 In the first of its kind by RERA across the states, Uttar Pradesh Real Estate Regulatory Authority (UP RERA) has vide its order on 23rd May 2019 deregistered Unnati Fortune Holdings Ltd, project Aranya Phase 3, 4 and 5 under Section 7 of the RERA Act. The process after deregistration will commence in consultation with the State Government. The decision has been taken after the promoter could not provide a satisfactory response to the deregistration notices before the Authority. RERA has found that in the project there have been severe financial irregularities, diversion & siphoning of funds and double allotment.

The project value is over Rs 1500 crores which started in 2007 located at Noida Sector 119 with the area of plot 72594 sqmtr. The inspection team of the Authority has done the site inspection and the team found out that eight total towers were to be constructed out of which four are ready for completion and in four towers major construction work is still pending at large. Moreover, the construction of the villas have not begun at all according to the site inspection reports. UP RERA Chairman Mr. Rajive Kumar said, “Deregistration order was served based upon the information collected, site inspections made, complaints registered in RERA and non-compliance of the provision of RERA Act.

While the Authority had already given strict warnings almost three months ago, this decision was taken after we gave them ample amount of time to respond after repeated notices were issued to them. This step should be seen as a warning to others”. Earlier, Authority issued deregistration notices under Section 7 of the RERA Act to seven builders for failing to meet their commitments to buyers covering 14 projects and approx. 4800 residential units.

The developers who had been served notices include Primrose Infratech for Primrose Ryne project, PSA Impex for Sampada Livia, MSA Developer for Circuit Heights, Greenbay Infrastructure for Greenbay Golf Homes & Golf Village, Intellicity Business Park for Intellicity project, Mist Direct Sales for Festival City Phase 1,2,3 and Unnati Fortune Holdings Ltd for the Aranya Phase 3,4,5. Aranya Phase 1 & 2 have lapsed as the promoters have failed to extend the registration. Their matter is still under active consideration at various stages. UP RERA Secretary Mr. Abrar Ahmed said, “After the deregistration, there are several options before the Authority, besides giving the first right of completion to buyers. If the buyers themselves are in a position to complete the project by pulling their finances together, the Authority will develop the mechanism to supervise that”.

Going forward, Authority has decided that if there is no progress in completion of the projects, if the builder fails to deliver projects, fails to show his keenness to deliver flats, if the builder does not resume construction, is absconding or in jail, the Authority will issue show cause notice to deregister their projects. UP RERA has also sent notices to many developers over bad construction quality and project delays. Under RERA Act 2016, Section 8 provides an indication that the Authority can provide a platform to take up stressed projects and bring them to completion.