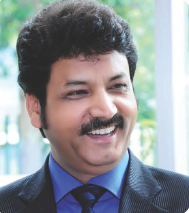 The speed of urbanisation poses an unprecedented managerial and policy challenge in India and there is an urgent need to be engaged in a national discussion about how to handle the seismic shift in the makeup of the nation. Urban India today is “distributed” in shape—with a diverse range of large and small cities spread widely around the nation. India will probably continue on a path of distributed model of urbanisation because this suits its federal structure and helps to ensure that migration flows aren’t unbalanced toward any particular city or cities.

Meaningful reforms have to happen that enable true devolution of power and responsibilities from the states to the local and metropolitan bodies according to the 74th Amendment. This is because by 2030, India’s largest cities will be bigger than many countries today. India’s urban governance of cities needs an overhaul. India’s current urban governance is in sharp contrast to large cities elsewhere that have empowered Mayors with long tenures and clear accountability for the city’s performance. India also needs to clearly define the relative roles of its metropolitan and municipal structures for its 20 largest metropolitan areas.

With cities growing beyond municipal boundaries, having fully formed metropolitan authorities with clearly defined roles will be essential for the successful management of large cities in India.

According to the 2011 Census, there are 53 cities in India with a population of a million or more; by 2031, that number will rise to 87. Some of these metropolitan areas will become major economic powerhouses that have higher GDP than the current GDP of countries such as Israel, Portugal and the UAE.

Cities provide major opportunities for sustainable development, given that they have large numbers of people in a small area, and offer significant economies of scale which provide jobs, housing and services. There is a need to realise fully the potential of Indian cities for ecological, economic and social sustainability.

But this urbanisation can only be harnessed and sustained by inclusive planning that provides affordable transportation, continuous water supply, modern sewage treatment and a good solid waste management system. The Government has been channeling funds (which has long been overdue) to renew its urban spaces through various schemes, and has been tweaking its approaches to urbanisation by cataloging projects that were successful and those that failed. It is also beginning to see the value of Private-Public Partnerships.

As the urban population and incomes increase, demand for every key service such as water, transportation, sewage treatment, low income housing will increase five-to-seven fold in cities of every size and type.

And if India continues on its current path, urban infrastructure will fall woefully short of what is necessary to sustain prosperous cities. Recent reports suggest that India spends $17 per capita per year in urban infrastructure, whereas the most benchmarks suggest a requirement of $100.

The investment required for building urban infrastructure in India, over the next 20 years, is huge. The current pace and
• ULBs account for only 2-3 per cent of the combined revenue and expenditure of Central Government, state governments and ULBs
• McKinsey Study (2010) on Indian urbanisation projects a capital investment need of $1.2 trillion over the 20 year period 2010-2030
• This implies that India has to boost its annual per capita urban capital spending from $17 (as compared to $116 in China, $127 in South Africa and $391 in UK) to $134

On June 25, Prime Minister Narendra Modi, launched three major urban development initiatives: AMRUT (Atal Mission for Rejuvenation and Urban Transformation); Smart Cities Mission; and Housing for All (Urban), unveiling the roadmap for developing 100 smart cities and 500 AMRUT cities over the next five years and 20 million
houses for urban poor by 2022.

Is it one of the most fitting steps to create robust urban Infrastructure in India? I leave it to you for your analysis.