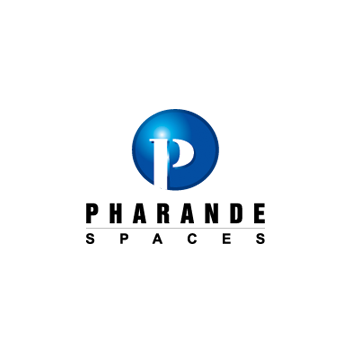 The following is the report by Anil Pharande, Chairman – Pharande Spaces

Since the year 1991, significant changes have occurred in the pattern and nature of growing urbanisation in India. Currently, most of our cities are undergoing a widespread restructuring. The year 1991 was in fact important when it comes to the land reforms, because it was this year that marked the emergence of software outsourcing and restructuring of global capitalism. This was when the Indian Government opened up FDI in the real estate sector, thereby kick-starting the emergence of large-scale townships. The peripheral areas of cities like Mumbai, Delhi, Pune and PCMC, Chennai, Gurgaon, Ahmedabad, Bangalore and Hyderabad have been the prime targets of township developers ever since.

The rapid growth in urbanisation resulted in cities with million-plus populations increasing from just 23 in the year 1991 to 35 by 2001. This further resulted in various associated problems like uncontrolled urban sprawl, inadequate supporting infrastructure, deteriorating quality of life, unregulated ribbon developments and an overall increase in real estate costs.

Despite these drawbacks, urbanisation in India is to a great extent a very necessary process if the country is to accommodate the growing demands of its population. Between 1971 and 2008, India’s urban population grew by 230 million but the next 250 million additions will be made in half the time-span. In other words, India needs more cities – and it needs them now.

The need for evolved urbanisation

Urbanisation is not been merely a side-effect of economic growth but an integral part of it. As in most nations, India’s urban areas make the maximum contribution to the country’s economy, apart from hosting the largest share of population and being the primary recipients of innovations, technological advancements and foreign direct investments (FDI).

Meeting the needs of the soaring population in urban areas will continue to be a part of the strategic policy for state and national governments. It should go without saying that promotion of efficient urbanisation requires policies that make land use, connective infrastructure and utilities more convenient for both the residents and the developers. A sustained supply of energy, affordable land, urban drainage, transport, medical facilities, water supply, schools and means for recreation are all essential parts of wholesome urban development.

While urbanisation can never be controlled, it can definitely be managed by continually reviewing policies and regulating land use/ownership norms. A perfect example for this has been set by the PCMC area of Pune. While the pressure on the Pune’s city center has been increasing and led to almost complete saturation, the PCMC model of anticipative rather than reactive urbanization has proved to be a textbook solution for meeting the needs of the city’s huge inward migration in recent years.

While new manufacturing industries and Information Technology multinationals are constantly attracted to cities like Pune, the city itself has been incapable of tackling the associated issues of rapid growth. The PCMC model of controlled urbanization was created as a solution to the chaos witnessed in Pune, and a means to meet the demand for support infrastructure and cost-effective accommodation while allowing the migrating population to be near to the city center.

Comparing the job trends between the current and past decade, we have seen the decisive emergence of an entirely new concept in India – that of Global Citizenship. Well-traveled and highly qualified professionals in India are continually migrating between cities and even countries in search for better job opportunities and living standards. While industrialisation is a part of the growth and development of a country, it will also need to account for not only the rising population that comes along but also its rising ‘quality’. In other words, India cannot afford to urbanize merely in terms of volume but also in terms of quality.

The modern breed of professionals that is the current generation of urban Indians cannot and will not be accommodated in mass-produced apartment buildings in congested suburbs. There is now a new demand dynamic when it comes to housing – the demand for high-quality urban spaces which deliver world-class infrastructure, safety, facilitation and utilities. This is what has led to the emergence of integrated townships in progressive cities like PCMC. These townships not only address the demands of urbanization, but also the need for urbanization itself to evolve with the times.

The new residential mantra now is neighbourhoods which are not only located close to the city but are insulated from the urban chaos that defines Indian city centres. By offering safe, efficient and completely self-supporting residential townships, a city not only urbanizes but urbanizes well, fostering growth by giving people with higher-than-average career potential consummate residential options.