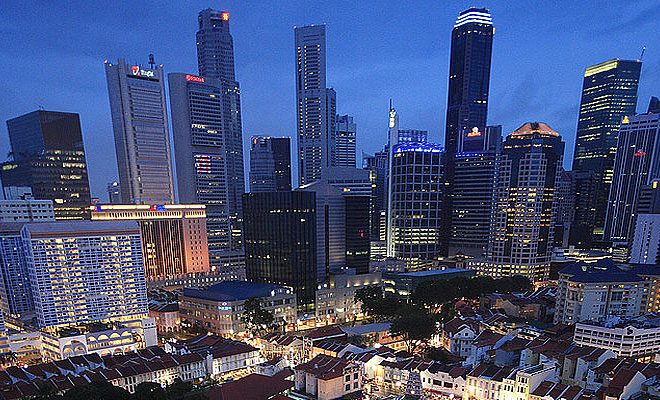 Union Budget 2020-21’s almost pointed negligence of the real estate sector was most puzzling – especially since the previous budget had envisaged an ambitious blueprint for the country’s economic future. For realizing the vision of making India a USD 5 trillion economy by FY 2024-25, the development and growth of its real estate sector is imperative. Across developing and developed economies, real estate and economic growth are inseparable concepts.

Real estate is a key driver of economic growth, and by laying the groundwork of making it more organised and transparent, the government has already made it a more secure and attractive investment environment. The fact that the latest budget gave no more than a cursory glance at real estate is a missed opportunity to build further on this groundwork. To propel the Indian economy into the top league of global economies, the growth engine of real estate cannot be ignored.

Realty’s Contribution to GDP to Double

Despite global headwinds and slow economic growth in the country, the India Brand Equity Foundation expects India’s real estate sector to grow to a market size of USD 1 trillion by 2030. It is also likely to contribute 14% of the country’s GDP by 2025 – almost double its current contribution of 7-8%.

Over the years, real estate growth – particularly in housing – has been crucial in driving the Indian economy. Regulatory reforms such as RERA, GST and IBC and relaxation in foreign direct investment have already made the industry more transparent and credible, leading to increased end-user demand.

It was expected that Union Budget 2020-21 would aim to keep this momentum going and thereby emphasise economic growth. To achieve this, radical changes in the taxation system and as well as regulatory policies are of paramount importance.

While the latest Union Budget did not provide any real boosts to real estate other than in terms of affordable housing, it did continue to focus on infrastructure. Real estate development goes hand-in-hand with infrastructure as the latter opens up peripheral areas and creates new avenues of growth. Earlier, the government had already allocated INR 100 lakh crores for infrastructure investments to improve transport efficiency over the next five years. Multi-modal infrastructure development such as roads, rail and metro improves living conditions and spurs demand for residential, commercial, retail and warehousing real estate.

Union Budget 2020-21 failed to give clarity on the deployment of the previously-announced INR 25000 Cr alternate investment fund. Completing and handing over these stuck projects will increase buyer and investor confidence and help usher in a strong revival for the housing sector. Improved sales will lead to a strengthened housing supply pipeline and create jobs across the entire white-to-blue-collar segments of real estate development.

This factor cannot be ignored. After agriculture and manufacturing, the real estate sector has the most potential for large-scale job creation. Associated with over 200 allied industries including cement, steel and sand, housing development has a multiplier effect on several allied sectors.

According to the National Skill Development Council, there is a requirement of 109.73 million skilled manpower by 2022 in 24 key sectors. The building, construction and real estate sector alone is expected to generate 76.55 million jobs by 2022. The government’s mega initiative of ‘Housing for All by 2022’ itself promises to be a major employment generator – and, by direct implication, an overall economic growth dynamo.

In the second phase of PMAY-G, during 2019-20 to 2021-22, 1.95 crore houses are expected to be provided to eligible beneficiaries. This effort alone can and will create large-scale employment for skilled and unskilled labourers.

The Need for Investor Participation

Major reforms such as GST, RERA, Insolvency and Bankruptcy Code and Benami Property Transaction Act have had a lasting impact on the real estate sector. Despite the initial churn and pain, they have increased financial discipline and a healthier ecosystem. By instilling renewed confidence in home buyers and domestic investors, these landmark reforms have improved the perception for India as a global hub for investments.

As per ANAROCK data, private equity investments in India’s real estate sector clocked in at over USD 5 billion in 2019, of which commercial segment comprised the lion’s share at over USD 3.3 bn, followed by retail sector with USD 970 mn and residential of USD 395 mn. A large chunk of these investments came from foreign private equity funds like Blackstone, Hines, Ascendas and Brookefield.

However, housing remains an unpalatable investment category for smaller domestic investors. The Union Budget was an ideal platform from which to announce initiatives to boost private investor participation. Currently, India’s housing sector is riding almost exclusively on end-user sales, which are not enough to revive residential real estate and its related benefits of furthering the Housing for All by 2022 goal and generating increased employment.

As the second-largest employer and a major contributor to the country’s GDP, the real estate industry is one of the Indian economy’s strongest pillars. It cannot remain a neglected stepchild – it must become the apple of the government’s eye. A convincing revival of the Indian real estate sector is essential for the economy to move out of its current slow phase and achieve the mammoth targets – Housing for All by 2022 and making India a $5 trillion economy by FY 2024-25.