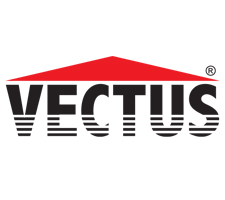 New Delhi, 2nd November, 2016: One of the fastest growing pipe and water storage solution company, Vectus Industries has set an ambitious target of achieving Rs 1500 crore turnover in the next five years. The company is also in the process of consistently increasing its production capacity to meet the rising demand for its product range. In its next phase of expansion, Vectus is looking at Rajasthan, Gujarat and J&K, among other potential states in the country to settle its manufacturing units.

“We have already kick-started our unit in Jammu where we are successfully producing almost 15 crore liters of water tanks. We are also in the process of starting two new production plants in the current financial year– one in Jaipur (in Rajasthan) and another in Dahej (in Gujrat),” said Mr. Ashish Baheti, Managing Director, Vectus Industries Limited.

Growing at an average growth of 35% annually in the last 8 years, Vectus has successfully achieved Rs 600 crore turnover in the last financial year. “With new innovations in piping and storage solutions, we are eyeing a business turnover of Rs 750 crore by the next year and in the next five years we are looking at growing it further to Rs 1500 crore,”  added Mr. Baheti.

The company has registered its strong pan-India presence with over 15000 retail outlets across the country spanning through tier-1 to tier-4 cities and towns. With an impressive portfolio of over 5000 different products, Vectus Industries has already penetrated deeply into the states including UP, Punjab, Himachal Pradesh and Madhya Pradesh. Moreover, Ghaziabad, Haridwar, Kanpur and Gwalior are among the top cities where it has registered an impressive growth. Vectus Industries has distribution channels spread over all across the country and it has over 13 manufacturing plants pan-India.Vectus is one of the few companies in India that is involved in processing of all major polymers like PP,PE & PVC using all major technologies like Extrusion, Injection Moulding, Blow Moulding & Rotational Moulding. It has been the pioneer in establishing Blow Moulded technology as an alternate method to Roto Moulding for large size Water Storage Tanks.