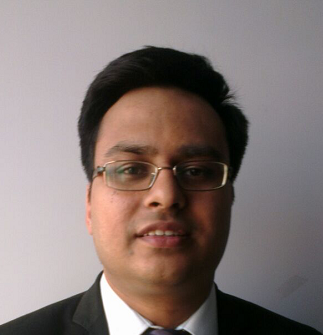 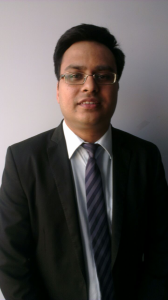 The first quarter of this financial year has been sluggish for most real estate companies and big players have eroded significant value of the stock market investors. The main reasons for the sector not doing well are lethargic demand and huge debt burden of the companies, according to R&M market analyst. Another reason, he says, is the pending Land Acquisition Bill on which the market has almost given up hope.

The April-June (Ql FY16) was a happening quarter for the stock: markets but bad for the shares of real estate companies. In the first quarter of this financial year, foreign investors had invested RS 1,327 crore in the Indian equity markets. They were net buyers only in the month of April Rs702 crore), otherwise they sold equity worth Rs 375 crore in May-June. Some international news stories like the Greece debt default and indication of us Fed rate hike played a key role in market volatility.

The monsoon concern too played a crucial role in the equity markets. However, the surplus rainfall of 15.80 percent in June supported the market in quarter-end. Nifty declined 1.40 per cent and Realty Index under performance continued with a fall of 16 percent in Q1 FY16. As we can see in the table along side, except two all the real estate companies have delivered negative returns in this quarter.

The FY1S looked a revival year for realty players as the Realty Index gave 15 per cent returns. However, as compared to Nifty which delivered 27 per cent return last fiscal, Realty Index underperformed and even starting of FY16 is not promising as shares of big players like DLF, Unitech have eroded significant value of investors.

Sector’s problems: Despite interest rate-cut and cheaper raw material, real estate companies are facing a tough time as demand is sluggish and they also have huge debt burden. Stock market players are scared to invest in these companies as pledging of shares by promoters of some companies is another big concern for them. Another concern for the sector is the Land Acquisition Bill which is still pending in the Rajya Sabha and market players have almost lost hope of its clearance in the near future. Sluggish sales and increasing supply lead to increased inventory which is creating pressure on prices.

Relief on margins: Raw material prices are softening and giving relief to the real estate sector. Long steel prices have declined from around Rs 3,000/ton to below Rs 30,000/ton on yearly basis while declining around 8 percent in this quarter. Cement prices came down from around f28O/bag to f25O/bag in this quarter while it was hovering around Rs 280 300/bag in April June last year. However, cement companies are getting benefit from declining coking coal price which fell from $11O/ton to $9O/ton. Ceramic prices have declined sharply from f40O/box to Rs 3251box. Declining demand is relief to the real estate sector.

Long steel prices have declined from around Rs 3,000/ton to below Rs 30,000/ton on yearly basis while declining around 8 per cent in this quarter. Cement prices came down from around Rs 280/bag to Rs 250/bag in this quarter while it was hovering around Rs 280-300/bag in April June last year. However, cement companies are getting benefit from declining coking coal price which fell from $11 Olton to$9O/ton. Ceramic prices have declined sharply from Rs 400/box to Rs 3251box. Declining demand is the key factor for the price fall.

Raw material suppliers: This summer, share of cement, ceramic and metal and companies intense heat prices were falling for all commodities due to international pricing pressure as well as sluggish domestic demand. We can observe that in Q1 metal prices fell 8 percent while cement and Ceramic price5 fell 10 percent and 19 percent respectively, impact of this  commodity fall reflected in their share prices and a11 the respective share prices and all the respective share fell 4-55 per cent in Q1. Analysts feel underperformance will continue in Q2 due to seasonal nature also but thing can change from the third quarter of FY16.

Sector’s outlook: Real estate Sector in the country is the second largest employer after agriculture and is slated to grow at 30 per cent over the next decade it compromise four sub- sectors is well complemented by the growth of the corporate  environment and the demand for office space as well as urban  and semi urban accommodations.

The housing sector alone contributes 5- 6 percent to the country gross domestic product (GDP).FOREIGN INVESTOR BOUGHT tenanted office space worth over $2 billion in the country in 2014 a four-fold rise compared to the previous year , in order to increase their rent – yielding commercial assets in Asia’s third largest economy  according to data released by the department of industrial policy and promotion (dips),the construction development sector in India  has received foreign ‘direct investment  equity  inflows  of $24,02.87 million in the period  from 2000 to December 2014.

Investor feel demand revival in the South Indian market as booming IT sector has created demand in that region and some part of Wet India market is going indication of revival but the NCR  North India,  especially  region, is not looking in the near term. It is also that this sector will incur more Indian (NRI) investment In the near future as a survey by an industry body revealed a 35 per cent surge in the number of with property dealers is to be the most favored promising expected non-resident enquiries Bengaluru  expected  property investment  destination for NRIs, followed by Ahmedabad, Pune, Chennai, Goa, Delhi and  Dehradun.