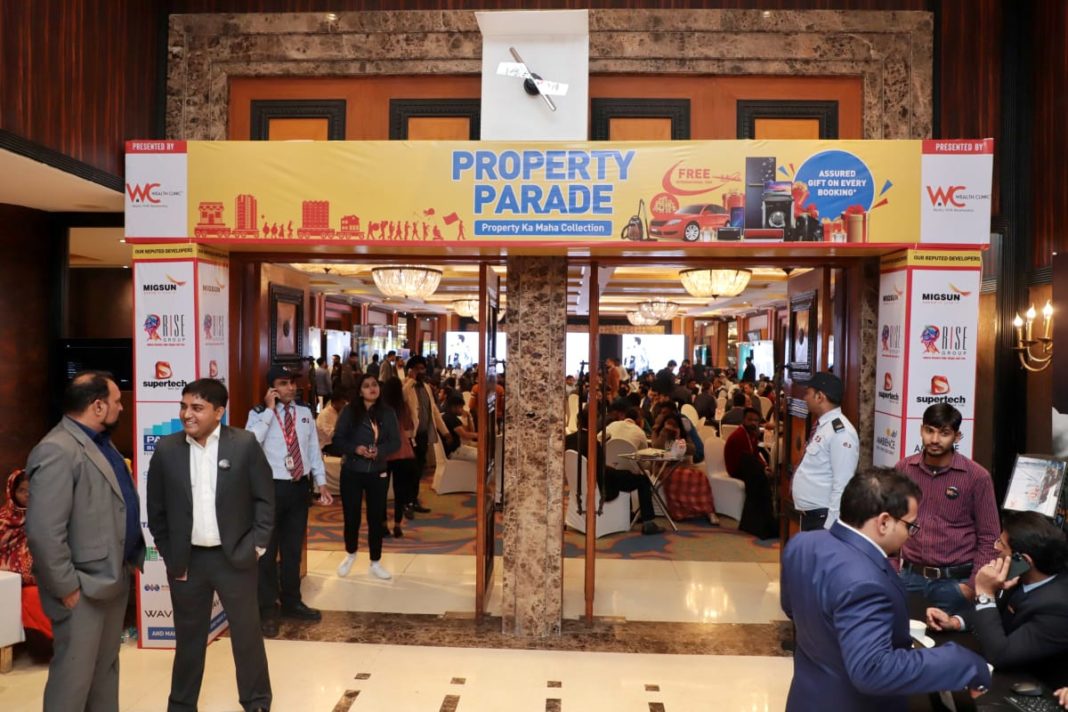 New Delhi, December 2, 2019: Wealth Clinic, one of the leading real estate consultancies received an overwhelming response from customers during Property Parade, wherein several well-known companies showcased their landmark projects. During the 2-day event, more than 3,000 people visited the Property Parade and it resulted in close to 100 bookings were picked worth Rs 185 core. And further more bookings are expected in this week

Property Parade, which is one of its kinds of event, held on 30th November and 1st December at Hotel Radisson, Sector 18, Noida.  Some of the major real estate developers who participated in the expo included Migsun, Rise, Supertech Godrej, CRC, TATA, ATS, Urbtech, Paras,  ABA Corp, WTC, Omaxe, Ambience, Stellar and Eldeco to name a few.

A wide range of housing projects were showcased at the Expo to attract potential customers from all walks of life. Almost all the projects showcased at the event boasts of best in class infrastructure, and are located at prime locations giving the customers a lot of options to choose from.

Other than this there was Presentation given to visitors on why to invest in commercial and upcoming developments were shown in Noida /Greater Noida market. Additionally there was also Table Allotment facility in which customers were assigned with the tables as per their registration in the property parade.

The “Property Parade” by Wealth Clinic was organised in an effort to bridge the gap between customers and developers and to further strengthen the relationship between the both.  Customers had an opportunity to choose from a plethora of projects, which were showcased under one roof.

Speaking about the expo, Amit Raheja, CMD, Wealth Clinic said the expo provided the buyers an array of options to choose from and the response from the visitors was so good. This event turned out to be a great success and we are expecting more booking followed this week and we plan to do these property expo regularly in the near future”