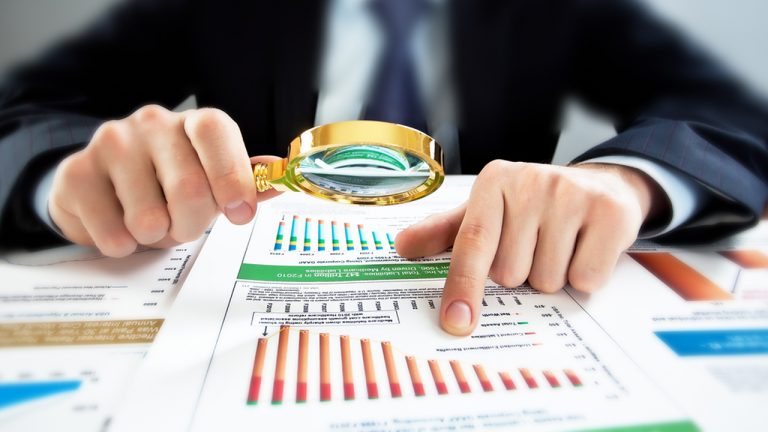 The listing of India’s first REIT by Blackstone-backed Embassy Group has been in the offing for quite some time, but it now it will finally be listed and open for investment on 18 March 2019. As REITs get officially deployed in India, investors hoping to cash on this new avenue for generous ROI growth seek to understand what exactly is in store for them – and for the real estate market.

As with any other investment platform, REITs have their own nuances and also issues, especially in the Indian context. Obviously, the industry at large has a lot of skin in the game as REITs promise to be a major inward-facing funnel not only for foreign institutional investments but also considerable individual investments.

Given that the industry is still caught in the prongs of an unrelenting liquidity crunch, there couldn’t be a better time than this for foreign and domestic investors to pump funds into the real estate market via REITs.

Besides perfect timing, the listing will enable India to join the ranks of all mature markets because only such markets have a proper REIT structure in place. It will open avenues for global investors who have been bullish on Indian commercial real estate but have been waiting for an opportune time. The total of 33 mn. sq. ft. area to be listed by Blackstone-Embassy group is just a fraction of the massive portfolio held by the US firm in India.

If successful, it will help them list more properties under REITs in the future. This will eventually send across a positive signal to all global investors. As for several retail investors back in India, the listing will unveil more robust investment avenues. Also, depending on its success, REITs could further percolate down to other asset classes namely retail, logistics etc. which will not only bode well for the overall real estate sector in the country but also entice investors to penetrate into other niche segments.

FIIs Gear Up for the REIT Plunge

2018 saw large foreign institutional investors like Japan’s NikkoAm-Straits Trading Asia and US’ North Carolina Fund, among others, receive SEBI approval to invest in India under REITs. Several FIIs had already ‘conquered’ India’s equity markets in the past, and now it is the turn of the real estate market via REITs.

It is not only the timing that is right but also the stance that FIIs have assumed for real estate plays in India. Most of them are patient investors focused on stable long-term returns which will hopefully exceed those they could expect in their own countries.

Nevertheless, whether Indian REITs will indeed be an unequivocal blessing to foreign and domestic investors still remains to be seen. As things stand now, India’s REIT environment is not really a faithful emulation of that of developed international markets like Singapore, UK, Canada and Australia.

In those countries, REITs are a market-proven model that has withstood the test of time and produced very attractive returns for their investors. Globally, REITs have responded quite favourably to the evolving market dynamics. Indian REITs hope to take a cue from their western counterparts by bringing in regulations in line with the globally recognized norms so as to maximize profits for REIT investors here.

In Canada, the average return for REIT investors was around 10% in 2017, while in the UK, it hovered between 8-10%. This average return is on all REITable assets including commercial and residential projects together.

In the US, smaller investors account for between 25-30% of REIT participation from the previous 50% about a decade ago. In India, we can reasonably start with at least 15-20% of participation by smaller individual investors. All of this certainly bodes well for both FIIs and smaller investors focused on REITable commercial real estate – a space which has also benefited from the incumbent government’s efforts to improve the ease of doing business in India. 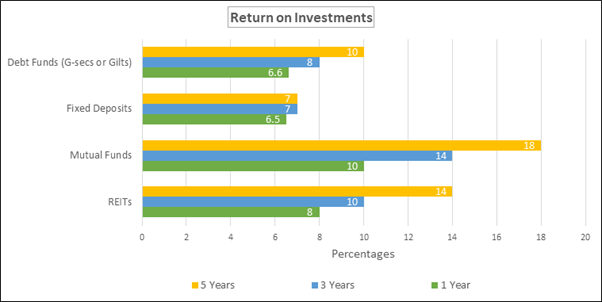 What Disqualified Residential from India REITs

This is obviously not without good reasons. The lack of a sound and inclusive rental policy in India is one of the major hurdles for REITs in the residential segment. Countries like Singapore and the US have a defined rental policy which makes it easier for them to host residential REITs.

Also, the yields on residential projects in India hover between a mere 2-3% in the prime locales here – nowhere near those of developed countries. In short, low returns coupled with the overall negative hype that has followed the Indian residential sector in recent years have thus clearly negated its candidature for Indian REITs – at least in the foreseeable future.

Another area of difference is the taxation structure currently being proposed for Indian REITs. Like in the more developed countries with successful REIT platforms, India too must offer a logical tax regime with a single point of taxation if they are to rise to globally comparable stature.

Nor is this a passing ‘phase’ – commercial leased assets across cities such as Bengaluru, Mumbai, Pune and NCR are seeing steadily mounting interest from occupiers, and therefore also from investors. Demand for Grade A office space has been growing and vacancy levels have been sliding south in prime locales.

ANAROCK data also indicates that while commercial real estate supply across the top 7 cities in 2017 (post the disruptive reformatory changes of DeMo, RERA and GST) declined by 24% over the preceding year, 2018 saw a 21% jump in new commercial supply as against 2017. Office space absorption remained steady with the top 7 cities, witnessing an increase of almost 5% in 2017 as against 2016, and a 19% increase in 2018 as compared to 2017.

Data currently suggests that approximately 50% of the total office stock in India can qualify for REITs – a definite improvement over the 30% two years ago. Clearly, the market is gearing up for the launch of REITs by developing investable commercial assets.

At the end of the day, the success of Indian REITs will be the basis of the growth prospects of a market that is still maturing, unlike developed countries (including in the Asia Pacific region) which are already mature. India is currently seeing a lot of new construction, so the average age of office buildings is lower than in cities in Australia or even Hong Kong.

Endnote – Cause for Caution

Once REITs become an on-ground reality, the market must remain vigilant. There could be a major issue for Indian REITs if the supply of investment-grade office spaces does not keep pace with demand. If it doesn’t, we will see an asset bubble form in the short-to-mid-term.