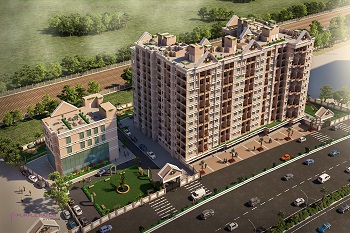 India continues to strive for a more globally-aligned image for urban living conditions, which is what the Smart Cities mission is really all about. However, the primary need if India’s housing market is to rank higher on global benchmarks of urban liveability is still a numbers game. Access to quality affordable housing, if ‘quality’ is primarily defined by location, is still a major challenge for most Indian citizens.

The dearth of affordable homes is only widening, with deficit numbers predicted to reach 30 million by 2022. This, despite the fact that the current Government has clearly understood that quality, quantity, availability and affordability of housing are integral drivers for a country’s economic competitiveness.

To be fair, India has ramped up massively on affordable housing, and this segment has been leading the pack in Indian real estate over the past 3-4 years. The massive impetus that the Government has given to the one electoral promise which got the most attention –  Housing for All by 2022 – has certainly caused a major sea-change.

Thanks to this impetus, the affordable price segment has dominated the residential supply. Recent new launches trends show that demand for affordable housing with ticket sizes in the range from INR 5 lakh to INR 40 lakh is growing continuously. The catch-phrase ‘affordable housing’ has also been drawing more and more fanfare and is being used rather freely by developers who, in previous years, did not want to be associated with it at all.

Affordable housing is characterized by many parameters, including smaller unit sizes and very remote locations. These are certainly limitations, and we tend to think of such housing as a product category that targets the Lower Income Groups. This is not entirely accurate.

A significant part of a city’s population may actually have at least some measure of economic flexibility. However, they would still not be able to pay the high prices of even the humblest brick-and-mortar homes within the city. They are nowhere near the poverty line, but they can only buy homes in one of the far outskirts.

This fact certainly flies in the face of the earlier perception that affordable housing is strictly a LIG-related concept. After all, having a budget of INR 20-40 lakh certainly takes a family out of the LIG purview. However, if a city does not have enough housing that the majority of its working class can afford to buy to fulfil their most basic need, that city has a shortfall of affordable housing.

ANAROCK data reveals that there has been significant rise in the number of new launches in the affordable category. Interestingly, if we deep dive, out of the total 77,590 units across the top 7 cities, nearly 25% are priced below INR 20 lakh while the remaining have price tags between INR 20 lakh to INR 40 lakh. However, the majority of these projects are located in the peripheral boundaries of these cities – and often even outside the city limits altogether.

Why is this so, if it is really the urban areas of our main cities that draw most of job-seeking migrants and therefore need affordable housing the most?

When we examine the problems that India faces in terms of affordable urban housing in sufficient numbers, it emerges that the solutions are often as evident as the problem. Implementing the solutions is, of course, another matter altogether.

The exorbitant cost of land within city-limits – especially in the Indian metros – has compelled affordable housing developers to focus on the furthest suburbs, and often even on areas beyond the city limits. In a land-starved city like Mumbai, for instance, more centrally-located housing is largely out of the common man’s reach because the high land costs for developers are inevitably passed on to property buyers.

Even if we consider redevelopment of old, dilapidated buildings within the city limits at higher FSI as a possible solution, the actual supply that such redevelopments yield is minimal in market terms. Moreover, the trend of redevelopment itself is far from vibrant because of  the lackluster implementation of policies aimed at cleaning up uncertain property ownerships.

The fact that builders who undertake redevelopment projects often lack the capital or even the competence to complete such projects doesn’t help, either. Also, replacing old buildings with new ones does not necessarily lead to more affordable housing.

Developers who invest the massive capital – not to mention the effort and time – to acquire and utilize redevelopment rights for old centrally-located projects will inevitably seek to monetize the opportunity to the max. This is why most redevelopment projects only result in small ‘boutique luxury’ projects, which are obviously unaffordable to most.

Unless redevelopment rights are sold by the Government with a strict mandate to develop only affordable projects there, the end product of redevelopments in central areas will not do anything to reduce the shortfall of mass housing.

This is not completely accurate. Policies pertaining to regional urban planning are very much in place in India. What they lack is their rigorous implementation without bowing to vote-bank politics and the vested interests of those who gain from stalling rather than promoting progress.

The main lacuna of policy thrust here once again comes down to the one critical ingredient without which nothing works – namely land.

Slumlords who control large tracts of centrally-located shanty developments and benefit from things remaining at status quo are just one part of the problem. Though they certainly play a significant role when it comes to urban land scarcity, they aren’t solely responsible. In fact, land is still available in urban areas of most of our cities– it’s just that it is not being used for affordable housing development.

Various Government agencies such as Indian Railways hold sizeable contiguous land parcels within city limits. This is a little too obvious to overlook, and there have actually been a lot of discussions about opening up these land parcels for creating affordable housing under PMAY.

However, but nothing tangible and concrete is happening on that front. With the right kind of political will and removal of red tape, these land parcels could logically be released for affordable housing development. If this were to happen, there would be far less compulsion for developers and their customers to consider only the far peripheral areas (which entail inhumanly long commutes to and from the main city’s workplace hubs) for affordable housing.

There is also a lot of unused private land which could be similarly utilized. More incentives like density bonuses could be extended, such as increasing FSI on a plot of land and thereby its value. In exchange, developers can build more affordable housing there. Such measures could be a significant step towards the creation of more affordable housing within the city limits, rather than inevitably relegating it to the city outskirts and even beyond the city limits.

Elsewhere in the world, this has been done quite successfully.

Taking a cue from Singapore – Some other countries have done a much better job in unleashing (and enforcing) policies that promote affordable housing where it is needed the most. Singapore, for instance, fares much better than India because affordable housing was always an integral part of their prudent land-use planning. The relevant policies were put in place in the 1990s and were strictly adhered to.

The benefits of this proactiveness were certainly tremendous. As a result of its land-use policies, Singapore saw strong economic growth and social cohesion, ensuring that sufficient land was fortified supporting future development as well.

The very fact that around 88% housing in Singapore is public housing built by HDB (the major housing provider there) and 90% of the population own their home speaks volumes of how mass housing-related policies can and should be implemented. HDB sells units to first-time home buyers at a concession to encourage homeownership.

In India, the demand-supply mismatch in housing – leading to high unsold stock in the more central areas – is another factor that results in affordable housing only being developed outside the city.

ANAROCK data indicates that back in 2016, the inventory overhang was as high as 40 months – it should ideally never be more than 24 months at a given time. The fact is that costlier homes in central locations fetched better returns to both investors and builders, so it was such housing that was rampantly built even if ‘real’ demand was clearly in the affordable segment.

When sales of such unaffordable homes started plummeting, these short-sighted developers (and the State Governments that supported unrealistic development) realized – too late – how massive the gap between the actual demand and the available supply really was.

Currently, most developers do their research before launching a specific project and are actively trying to follow the real demand. This has helped reduce the inventory overhang period to 33 months as of 2018-end. Also, they are trying to fit their new, centrally-located projects within the affordable housing bracket by creating smaller-sizes homes.

While this is laudable, it is a case of too little, too late because too much mid-to-high priced housing occupies land which actually need affordable housing. Even with suicidal price cuts, these properties can never be brought into the affordable housing ambit. They are too big to align with the Government’s clear definitions of what constitutes – and can be marketed as – affordable housing.

The vacancy rate of homes in most urban cities in India is significantly high at 12%, as per the last census figures. This number is unlikely to have improved over the years. If not for sale, vacant homes could mandatorily be opened up for rental housing. Such a policy would simultaneously:

Indian real estate developers and the Government must go beyond mere agreement on this issue. Building affordable homes within city limits is not just an economic necessity – it is a social imperative. It must become the first order of business for all stakeholders. When this happens – and only then – can India finally be counted among the progressive countries that take ‘housing for all’ seriously.