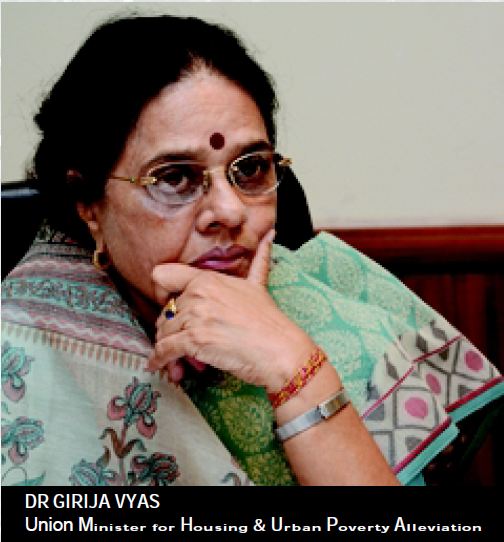 With the country switching on to the poll-ready mode, the government, doing all it can to usher in welfare-centric schemes for the poor, has unleashed a slew of fast and furious measures.

It was in the inaugural issue of Realty & More last month that Dr Girija Vyas, Minister for Housing and Urban Poverty Alleviation, in an exclusive interview, had declared her commitment and confidence in bringing in schemes that would benefit the urban poor, be it for poverty alleviation or affordable housing for all and skill development of the urban poor or her intent to help bring in the Real Estate (Regulation & Development) Bill that is primed to protect the interests of consumers and other realty stakeholders. The minister stood by her word.

With elections drawing near and keeping pre-poll sops in mind, the Government recently approved the three schemes which are intended, among other things, to garner the much-valued votes. What do these measures mean?

First, it is the continuation of the implementation phase of the Rajiv Awas Yojana (RAY) as a centrally sponsored scheme (CSS) in mission mode for the 2013-2022 period and continuation of the Affordable Housing in Partnership (AHP) scheme with modifications as an integral part of RAY with an allocation of `32,230 crore for implementation of RAY during the 12th Five Year Plan by the Planning Commission of India. 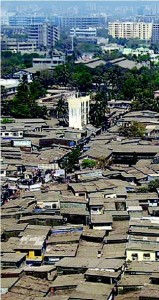 Second, it is the continuation of the Interest Subsidy Scheme (ISS) for Housing the Urban Poor (ISHUP) and to rename it as the Rajiv Rinn Yojana (RRY), which is to be implemented as a standalone central sector scheme now.

Third, it is the restructuring of the centrally sponsored scheme Swarna Jayanti Shahari Rozgar Yojana (SJSRY) in the 12th Plan as the National Urban Livelihoods Mission (NULM), with an allocation of approximately `6,405 crore. Vyas had said schemes like NULM would target the urban poor who are occupationally vulnerable and would give them skill training to help them get gainful employment. “Through the scheme’s self-employment programme, financial assistance would be provided to individuals and groups of urban poor to set up gainful self-employment or micro-enterprise ventures,” she had said.

According to the policy, the job plan scheme will be implemented in two phases. In the first phase (2013-17), NULM will target all cities with a population of one lakh or more and district headquarters towns with a population of less than one lakh. The funding for NULM will be shared between the Centre and states in the ratio of 75: 25. And, it will have four components—building community institutions like self-help groups and their federations, employment through skills training and placement, capacity building and training and self-employment programmes. 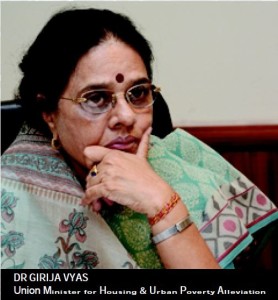 Similarly, the scheme, like RAY, will help provide affordable housing for slum dwellers. It will also provide support to big and medium sized cities in providing housing, including rental and transit housing, development/improvement of basic civic and social infrastructure and operation and maintenance of assets created under the scheme.

The government also plans to engage consultants, technical agencies and institutions for the preparation of detailed slum-free city plans for each selected city and urban agglomeration.

These initiatives are however not without questions.

To what extent will such arrangements improve the life of a slum dweller? Especially in the light of reports like that of Ejipura in Bengaluru where on January 18, more than 150 families were found living on the footpath after they were evicted from their makeshift homes. The Ejipura story is by no means an isolated incident, this is the common story of the urban poor across metros, cities and towns which is further compounded by civic and health problems where the children and the aged mainly suffer the most. Will these government schemes give them a ray of hope for a better living?

Professor Amitabh Kundu of JNU’s School of Social Sciences said, “To a certain extent, yes. The government move is a positive sign. Under RAY, the thrust will shift to small and medium towns where a sizeable number of slum dwellers live. They would be given access to cheap credit to build or improve their homes.”

The incumbent government in the evident overdrive to woo the country’s urban poor on the eve of the poll season is betting on a tested formula. In 2009, the government’s National Rural Employment Guarantee Act (NREGA), which targeted the rural poor, has been analysed to be one of the major factors that helped the Congress-led coalition retain power.

Ahead of the 2014 polls, the Congress-led government has spared no effort in resenting a picture of a holistic package—led by the ambitious food security bill that Parliament also passed recently. RAY and NULM only complete the package. The question therefore: Like 2014, will RAY and NULM pay this time around?

RBI delivers a shocker to developers