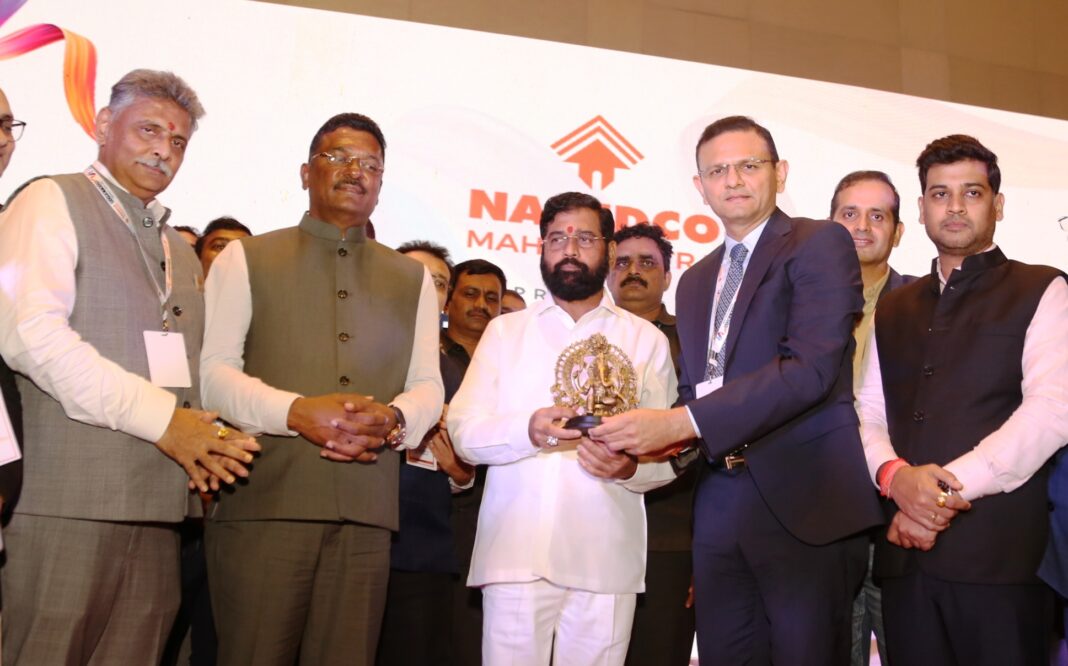 Mumbai, October 02, 2022: On the third and the last day of Homethon Property Expo 2022 organised by NAREDCO Maharashtra at Jio World Convention Centre, BKC; the Chief Minister of Maharashtra Eknath Shinde stated that construction as an important sector, should be able to provide housing for all. It is everyone’s dream to own a home of good quality and at affordable rates. Hence holding of expos like NAREDCO Maharashtra’s HOMETHON becomes an important platform for people to have options before them. The CM specially appreciated the availability of e-registration at the Expo venue to expedite the process of registration.

Sandeep Runwal, President of NAREDCO Maharashtra said that NAREDCO has always been supportive of the government’s initiative of affordable housing and police housing. He also urged for a reduction of stamp duty once again so that the benefits could be passed on to the home buyers.

In response to Runwal’s suggestion, the Chief Minister urged the builders’ body to give a proper chart of what they would like to have in the form of stamp duty. Thereafter, in consultation with the finance department, a viable golden mean could be reached.

Shinde said that he was happy that the state of Maharashtra was leading in the fields of housing and provision of better network of access roads. The latter would help in promoting the housing sector. As a minister of Urban Development in the previous government he had already given concession on premium to the building industry which helped its revival to a large extent and now too he is willing to extend support to the industry.

Underscoring the need for affordable housing, Shinde pointed out that his team was working towards better cluster development of old and dilapidated buildings and also give precedence to housing for the police personnel. His vision was to make Mumbai a slum-free and healthy city.

Earlier, Pratap Sarnaik, MLA, stated that affordable housing is a major issue and the construction industry should work out on rational use of increased FSI.

Rajan Bandelkar, National President of NAREDCO said that he was hopeful of overcoming the backlog of the slowdown of the pandemic period. He suggested that the government should reduce the stamp duty by 50% and the balance 50% could be borne by the industry. In this manner, more homebuyers will get the benefit.