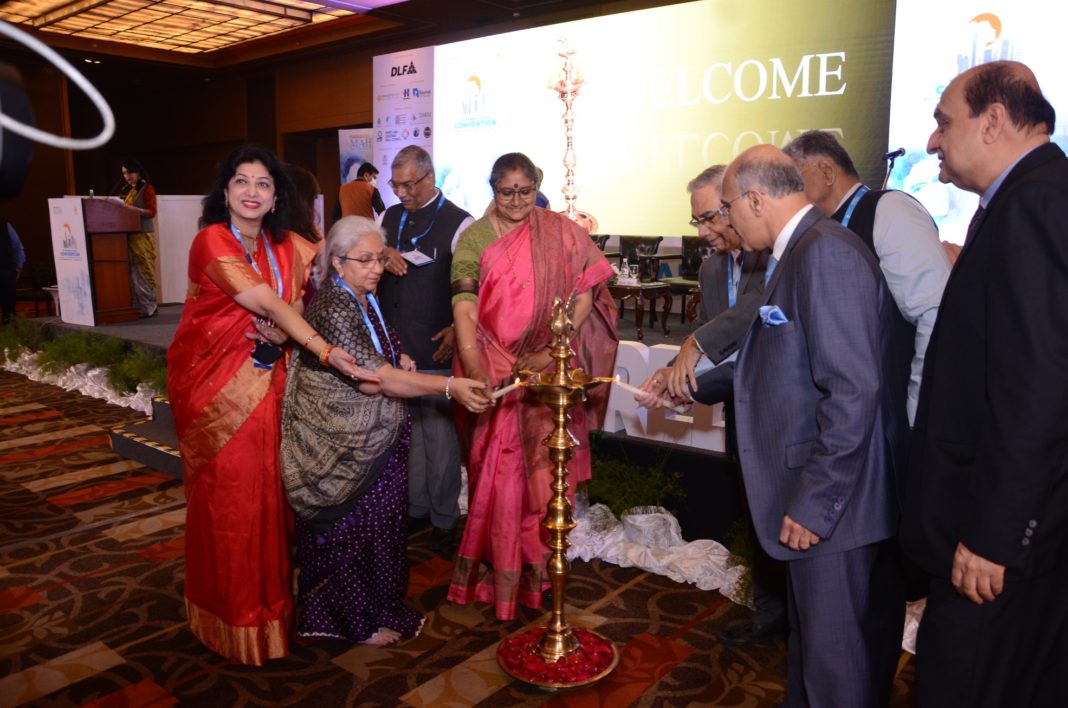 New Delhi, February 25, 2022: At a time when the Centre is planning a paradigm shift in terms of urban planning in the country, Secretary for the Union Ministry of Housing and Urban Affairs (MoHUA) Manoj Joshi on Friday said that women stakeholders in India’s real estate sector including developers and urban planners can play a major role in bringing about urban planning across the country.

Secretary MoHUA was addressing at the first convention of NAREDCO MAHI, themed ‘Realty Women – The Transforming Catalyst to Real Estate’.

“We need more and more urban planning capacities to come in. This is an area women have got more scope. Although there are major focus on roads, hospitals and other physical infrastructure, the human aspect in planning is very less,” he said.

Joshi asked the industry to focus also on the aspects of environment, water and transportation in urban planning. Talking of the developments in the industry, he said that stamp duties have come down and stressed on the need for further decline in the duties.

Addressing the convention through a video message, Hardeep Singh Puri, Minister for Housing and Urban Development said that the emphasis on greater participation of women in the real estate sector is a welcome move.

He was of the view that the real estate sector has demonstrated resilience amid the pandemic and by empowering women in this space, the sector will be further strengthened.

Gautam Chatterjee, Founder Chairman, MahaRERA was of the view that although there is lesser representation of women in the management of real estate companies, the sector is not dominated by men.

“There are several surveys that suggest that companies with higher percentage of women in leadership roles perform better. He also stressed on the need for faster adoption of technology in the real estate space.”

Speaking at the convention, Tara Subramaniam, Founder President of NAREDCO MAHI said, “Over the years we have seen women take up key leadership roles in several industries. Real estate, however, has largely been a men-driven sector. With MAHI, we are trying to bridge this gender divide, we can make a vast change through skilling and imparting sector specific-knowledge to the women across the country.”

Subramaniam further said that initiatives to bring in gender parity and increase participation of women in the sector will be a major boost for the economy.

Founder President Elect of NAREDCO MAHI, Dr. Ananta S Raghuvanshi was of the view that the announcement of skilling of women could not have come at a better time when Covid has impacted the overall employment scenario.

“As the saying goes ‘if you educate a man, you educate an individual, but a woman, you educate a nation’, a similar impact would be witnessed by the trickledown effect of skilling and empowering women, as in turn it would support this evolving real estate sector along with boosting the economic growth,” Dr. Raghuvanshi said.

Talking of issues faced by developers due to litigations at multiple authorities and courts, NAREDCO President Rajan Bandelkar said that the Real Estate Regulatory Authorities should be given more power to step in if any irregularities take place. He also assured that NAREDCO would coordinate with state RERAs to address and resolve issues.

Earlier in the day, sector stakeholders laid stress on the fact that women realtors and corporates in the Indian infrastructure and real estate sector can lead the sector’s transition as it evolves into a more technology oriented and sustainable segment.

Launched in September 2021, the women’s wing of NAREDCO aims to empower women in real estate with certification courses and workshops including public speaking, health & wellness and industry best-practices. It would create opportunities for women at the grassroots levels by providing skill-based courses in different fields of the real estate industry.

With its objective being gender parity and inclusive environment for all genders, equality forms a key area for MAHI to focus on. It aims to uplift all levels of professionals collectively and ensure that every member gets ample opportunities to grow. It has also prioritised to ensure a safe environment in the workplace for women working in the sector at all levels.