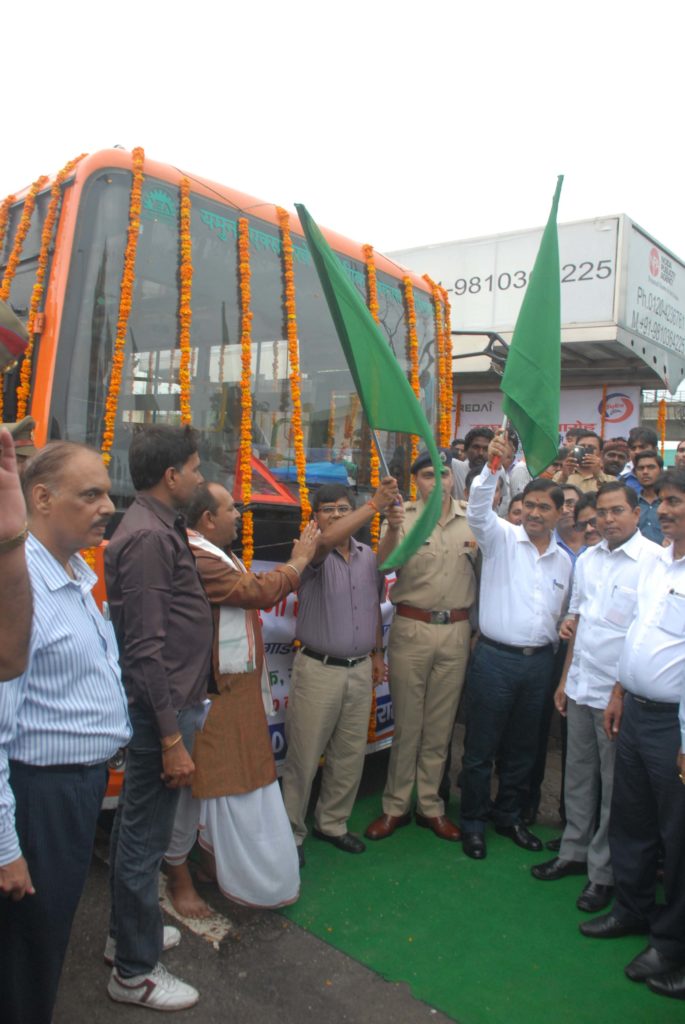 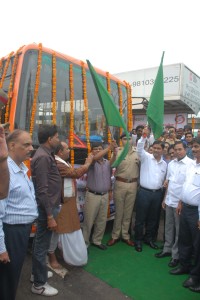 Rama Raman, Chairman of the three Authorities in Noida, along with YEIDA CEO Santosh Kumar Yadav flagged off Yamuna Sarathi, a new bus service in Noida on Friday morning.

At a ceremonial function held near Botanical Garden Metro Station, the two top officials bought the first tickets and travelled in the inaugural bus.

Earlier speaking to mediapersons, Raman said the bus will be mainly beneficial to daily commuters from Noida to Greater Noida and Yamuna Expressway areas. He said villagers living in remote areas of Grater Noida and Janpad will also gain from the new bus service.

Initially, 12 modern, semi low-floor buses fitted with GPS will be deployed on this service which will be on from 7 am till 7 in the evening daily.

YEIDA says no to houses, schools on farmland