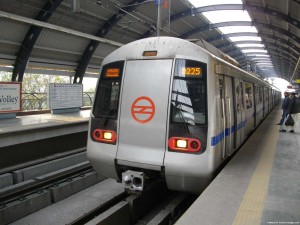 The Yamuna Expressway Industrial Development Authority (YEIDA) on Monday said that it has signed an agreement with the Delhi Metro Rail Corporation (DMRC) to work on a 38-kilometre-long high speed Metro project to be built between Greater Noida and Jewar.

YEIDA and DMRC officials signed the agreement in Greater Noida to make way for further progress on the ambitious project that will connect the many villages and yet-to-be-developed urban areas located, along the 165-km Yamuna Expressway that connects Greater Noida and Agra.

DMRC officials, including Assistant General Manager RG Sharma, were present at the time of signing of the agreement in Greater Noida’s YEIDA office building.

GP Singh, finance controller of YEIDA, said, “The feasibility report will be submitted in the next two months. Once it will be completed, work on detailed project report (DPR) will be started.”

The project is estimated to cost Rs 2,000 crore and will be aligned at road level along the expressway, YEIDA officials said.