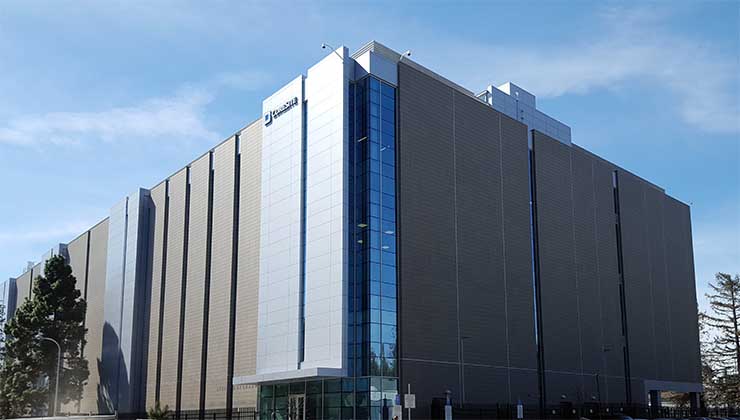 September 27, 2022: CBRE South Asia Pvt. Ltd, has announced the findings of its latest report, “Data Centres in India: Powering Up Real Estate in a ‘Data-High’ Era”. According to the report, Data Centre (DC) investments in India are expected to surpass USD 20 billion by 2025. The growing digitalization, coupled with a strong government policy impetus, has led to a surge in demand for DCs in India. In addition, OTT, online gaming, increased smartphone usage, e-commerce, online schooling by EdTech platforms, location-agnostic work, along with advanced technologies including machine learning, 5G, blockchain, and artificial intelligence, has led to a multi-fold jump in data transmission and need for high spec servers.

According to our latest report, in H1 2022, the DC stock in India exceeded 9 million sq. ft. with a 600+ MW capacity in India. It is expected that the DC capacity will almost double by 2024, with more than 400 MW currently under construction across cities in India. Mumbai is expected to lead the supply addition, followed by Bangalore, Chennai, and Delhi-NCR.

Mumbai led in terms of pan-India DC stock, accounting for a share of about 48%, followed by Bangalore at about 18%, along with Chennai (9%), which is now gradually becoming one of the fastest growing DC markets in India. Together, these three cities accounted for nearly 75% of India’s DC footprint. In addition, Delhi-NCR, Pune, Hyderabad, and Kolkata accounted for the remaining 25% of the DC market in India.

According to the report, hyperscale DCs majorly dominated investments during 2018-2021 with a share of about 77% – a similar trend was recorded in H1 2022. Moreover, investments in hyperscale DCs were majorly spread across the top states, with West Bengal leading with a share of 22%, followed by Uttar Pradesh (19%), Telangana (16%), and Tamil Nadu (8%). On the other hand, more than half of investments announced in colocation DCs were across India, while the remaining half was split between the key states of Tamil Nadu, Maharashtra, West Bengal, Uttar Pradesh, and Telangana.

Given below are the key investments witnessed in 2022:

The report also highlighted that the industry is focusing on white space strategies in order to future-proof itself. White space is the space allocated in DCs for IT equipment, including servers, storage, network gear, racks, cooling units, and power distribution systems. Currently, white space accounts for approximately 78% of the total infrastructure investment worldwide. Along with scalability, speed to market and migration strategies, DC owners and operators should also pay close attention to three crucial implementation processes: risk management, consistency, and execution timing.

The report stated that considering DCs’ high energy consumption, ESG adoption has become a necessity. Although DCs have historically had a high carbon footprint, they offer a valuable path towards a greener, more sustainable world. The report highlighted that DCs could switch to green and renewable energy sources, reuse excess heat and rethink how they are designed, managed & disposed, right through to end-of-life. However, very few DC operators in India have installed renewable energy sources due to a lack of standard norms. In 2016, the Indian Green Building Council (IGBC) created a pilot version of the ‘Green Data Centre Rating System’ to address this issue. Further, the IGBC has framed a ‘Renewable Energy Standard for DCs in India’ in collaboration with the Uptime Institute to encourage DC operators to invest in renewable energy. In addition, AI and Machine Learning are transforming the traditional DC industry to ensure cost-effective sustainability.

Anshuman Magazine, Chairman & CEO – India, South-East Asia, Middle East & Africa, CBRE, said, “With businesses across sectors expanding their digital infrastructure, DCs are becoming increasingly important as a larger alternate real estate class. Following policy refinement on the government’s part, the DC segment in India is expected to continue to grow. Tier II and III cities are also expected to see a rise in demand. As a result, we anticipate heightened DC growth and continued interest from investors looking to capitalize on the attractiveness of DCs as an alternative real estate investment option.”

Ram Chandnani, Managing Director, Advisory & Transactions Services, CBRE India, said, “DCs have emerged as one of the top-performing alternate asset classes in the global real estate market. With the progressive interest of global investors, operators and developers in this segment, the next decade is likely to witness the inclusion of quality DCs in future real estate portfolios. Technology and automation will also play a key role in terms of how DCs evolve over the next three to five years.”