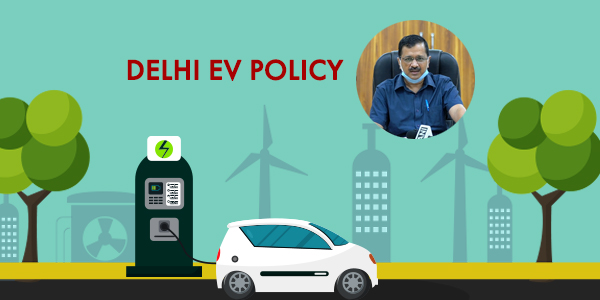 In a bid to curb pollution levels in Delhi, the state Government has introduced an Aggregators Policy that will push switchover to EVS by ride aggregators and delivery services within various timelines. Both these segments have gained huge popularity in the national Capital in recent years leading to expansion of their fleet, which, in turn, has taken a toll on the air quality of the city. The policy is a welcome step in this regard.

The Delhi Government on January 15 came up with an ‘Aggregators’ Policy’ to mandate electric vehicle fleets for ride aggregators and delivery services. The measure is aimed at the adoption of EVs in a bid to combat air pollution in the national Capital, which has the dubious distinction of being one of most polluted cities in the world.

The Air Quality Index in Delhi has reached an all-time low; the average being above 400, which is considered ‘severe’. The Delhi Government has been exploring various measures to curb the pollution levels and the new policy is one among these. The step is also in line with the FAME-II scheme of the Central Government.

As part of FAME-II, the Government has been educating people on the benefits of electric vehicles over Internal Combustion Engine (ICE)-based vehicles and also offering subsidies and tax benefits to boost EV sales in the country. It’s an established fact by now that EVs are more environmentally-friendly than ICE- based vehicles.

Under the Delhi Government’s new policy, which is a sequel to its EV policy, the aggregators and delivery service providers are required to have at least 10 per cent of all the two-wheelers and 5 per cent of all the four-wheelers as electric in the next three months. The Government has also directed the aggregators and delivery services to have at least 50 pc of their 2W fleet and 25 per cent of four-wheeler fleet as electric, by March 2023.

The policy is the first-of-its-kind in the country and will regulate vehicular emissions from the ride-hailing companies and delivery service providers. . According to Reena Gupta, Advisor to the state Environment Minister Gopal Rai, “The essence of the proposed policy by the Delhi Government is to ensure that the entire spectrum of vehicles used by aggregators and delivery service providers are brought into the fold of sustainable and clean electric mobility, knowing the impact of large-scale adoption of clean vehicles can have on the air quality of Delhi.”

The aggregators, like Ola, Uber and Rapido, have gained huge traction in the Capital and are quite popular among office commuters. These ride-hailing companies operate and maintain a huge fleet of four-wheeler cars and two-wheeler bikes. Unfortunately, this fleet is also one of the main contributors to the rise in pollution levels in Delhi. These aggregators are followed by buses and auto-rickshaws as the second and third most popular means of transport in Delhi.

Likewise, delivery service providers such as Swiggy, Zomato, Zepto, Grofers, Big Basket, Amazon Fresh and many more have also gained massive popularity in recent years. They have increased their fleet size exponentially to cater to a larger clientele. A tough market competition and narrow margins for these service delivery companies have also contributed to the increase in their fleet size. This, in turn, has led to huge increase in pollution levels in Delhi.