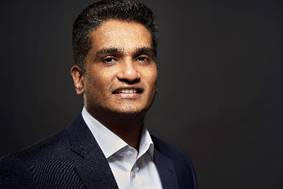 The Goods and Services Tax (GST)—India’s biggest tax reform post-independence—was implemented on 1 July 2017. This new tax regime seeks to transform the Indian economy with its ‘One Nation, One Market, One Tax’ principle by subsuming a host of indirect taxes charged at varied rates by the centre and states, therefore bringing uniformity in taxation across the country. What was expected to create a massive upheaval in Indian commerce, GST has started to show signs of acceptance across India. Government estimations show a growth of close to 100% in registrations under GST as against previous tax regime, claiming that over 11 million business registration in the first year.

For the real estate sector GST has seen a mixed bag of reaction the sector is still grappling to take a complete understanding of the sector. There are different tax computation methods for different projects/phases of the same project. Further, there is ineligibility of refund to developers under the inverted duty structure, considering inputs are procured at a higher rate of tax whereas output is charged at a lower tax rate.

Some highlights of GST impact on real estate are:

· Currently there is lack of clarity among developers on the exact implications of GST. Developers feel that the exact impact will be understood only after a thorough analysis of the implications on each input cost (in form of labour and raw material, namely steel, cement, bricks, etc.)

· Further, with regard to such raw material inputs — the challenge lies in estimating the cost of these commodities over the entire life cycle of the project. Since the purchase of these supplies is linked to construction progress it is difficult for developers to estimate upfront the costs and input tax credit received for the same.

· Tax treatment of ongoing projects which were earlier under the VAT and service tax regime and will now migrate to GST is complex. It is not just a simple change in an excel formula and involves a much deeper understanding of how input tax credit is to be calculated.

The GST law still has to mature and compliance related processes need to be refined further. It is important that the government ensure clarifications to ensure major concerns, which need clarity once and for all are addressed.

GST which represents unified and simplified taxation policies of the country, will add to India’s attractiveness as an investment destination in the long run. It will further help in ease of doing business and create transparency in processes. The benefit for the real estate sector in the future will be significant on account of growth of business and commerce in the country

Panvel gets the first integrated township in NAINA