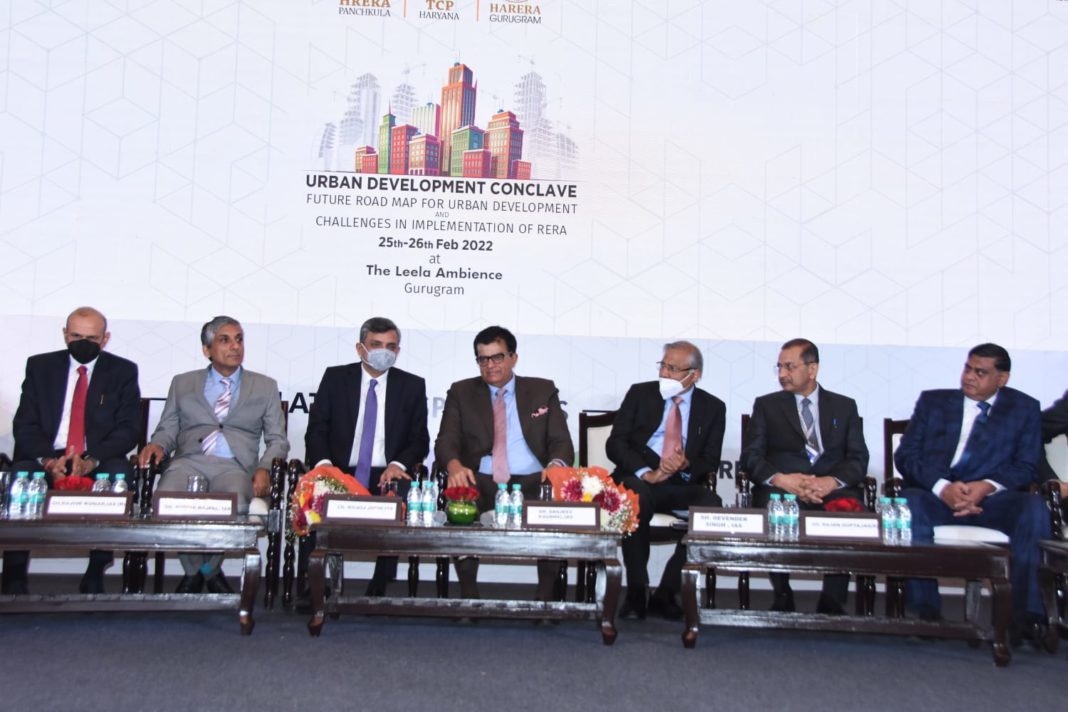 Gurugram, February 25, 2022: Haryana Chief Secretary Sanjeev Kaushal said that Haryana Government is working out a mechanism to assure allottees about the quality of construction. He said that we are living in the era of regulations in which NGT, Supreme Court, RERA etc have given directions on subjects like environment and various other aspects of urban development. He said that Gurugram and Faridabad are important cities of Haryana which fall in NCR, in which the issues related to urbanization need to be addressed. He said that the issues related to urbanization in which apart from ensuring the quality of construction, electricity, drinking water supply and transportation are key issues. We also have to keep in mind whether the NCR region is developing as per the expectations of the people or  further steps needed to be taken for their satisfaction.

Kaushal was speaking at a conclave organized to promote planned urbanization in Haryana.

The Haryana Chief Secretary said that many a times, the construction work is halted, not due to Covid but for environmental issues , which affects both the allottees and the developer. He hoped that in this conclave all such issues would be discussed and their tangible solutions would be found.