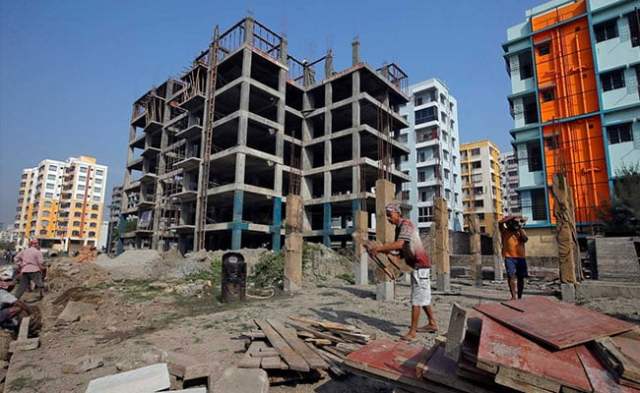 According to “Real insight Q3FY20”, a quarterly analysis of India’s nine key property markets by PropTiger DataLabs, the ongoing industry concerns related to the NBFC sector, on which real estate developers largely depend on for their financial needs, has made borrowing difficult for builders at a time when a demand slowdown has hit housing sales. This double whammy has resulted in developers continuing to show a cautious stance towards new project launches.

“The various measures launched by the government in the recent past to revive growth in the real estate market seem to have made little impact. Considering real estate is a major contributor to overall GDP, which hit a glacial 4.5 per cent rate of growth in the July-September period, we expect further assistance from the government, which would nudge buyers to invest in real estate. In the Union Budget scheduled to be released on 1st February, we expect the Hon’ble Finance Minister to announce measures that would result in higher savings for individual taxpayers, some of which would hopefully make its way towards property purchases,” said Dhruv Agarwala, Group CEO, Elara Technologies, the country’s only full stack real estate technology platform that owns Housing.com, Makaan.com and Proptiger.com.

Housing sales in India’s nine key property markets fell 30 per cent annually during the October-December quarter despite the government launching several measures in the recent past to revive buyer sentiment. As against 91,464 units sold during the quarter last year, only 64,034 homes were sold across the nine markets in Q3 this year.

What points towards a nation-wide phenomenon, sales declined across all these markets, with Bengaluru, popularly known as India’s Silicon Valley, registering a 50 per cent fall in sales numbers.

When compared to the first nine months of the previous financial year, sales fell by 13 per cent during the same period in the current fiscal. As against 263,294 units last year, only 228,220 housing units were sold this year.

As buyers showed greater faith towards ready homes, inventory levels, declined 12 per cent during the quarter. From 8.83 lakh unsold housing units at the end of the same period last year, unsold stock fell to 7.75 lakh in Q3 FY20. Mumbai and Pune together contribute 57 per cent of this unsold stock.  Also, half of the units in this stock are affordable homes (units priced below Rs 45 lakh).

At the current sales velocity, builders would take 29 months to sell off the existing stock.

Affordable homes make up for half unsold stock in 9 Indian cities: PropTiger report