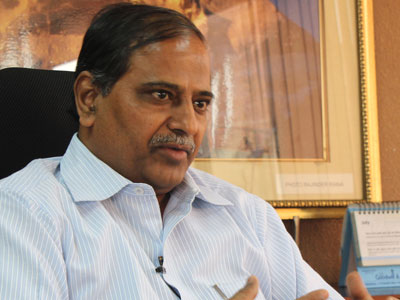 Q. How are you going about affordable housing which you said is your top priority?
A: In the final run, it is the government agencies that will have to promote affordable housing. Yes, private players are coming into this space, but their contribution is not much as of now. So we are identifying housing boards, state corporations, urban local bodies to take up affordable housing projects, while Hudco will provide long-term loans, especially to the economically weaker sections at a very attractive 8% interest rate. We have almost completed about four lakh housing units in the last four months, earlier it used to be less than one lakh units per year. However, we would like to do at least 10 lakh houses in a year in the coming years.

We are also coming out with a new product called ‘HuNNY’ – Hudco Nav Nagar Yojna. See every town needs additional space for growth – we 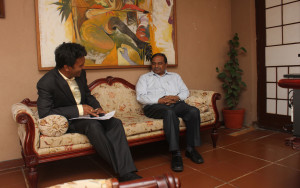 need new extensions, new townships, otherwise what is happening is that some private developer will acquire some land, develop it, sell it and then disappear. We are not very sure if proper infrastructure has been provided for or not, nor are we even sure about the land titles. But we want planned development of our cities and towns, so we are coming out with new schemes and very soon this will be launched. We assure you that with our help many of the state governments and urban local bodies will come forward to avail loans from Hudco as well as our consultancy services. We are saying that this is an integrated solution, starting with planning, town planning to financing, almost every aspect – land development, housing development will be supported by Hudco. This will give a big fillip to the urban local bodies.

We have also rolled out a rent-to-own scheme. It is especially meant for employees like police constables, bus drivers, bus conductors, so that they become owners of their house when they retire. Otherwise on retirement many of these people leave their government houses and often shift to slums in big cities like Mumbai or Kolkata. We would like to see that the constables, head constables etc become owners of their houses when they retire. In this special rent-to-own scheme, we will deduct EMI from the salary in such a way that after 20-25 years of service they own the house.

Q. What is the status of the loan announced for restructuring of Uttarakhand? How much has already been disbursed?
A: To begin with, the Uttarakhand tragedy was huge. Rehabilitation will take some time. An authority has already been constituted under the chairmanship of the chief minister. Our officers have gone and met the chief minister and submitted our proposal for borrowers. The state government has received a large amount of money from the central government and other donors. They would like to utilise that amount to start with and then later approach Hudco as and when there is a shortage. We are willing to give a Rs 3000 crore long-term loan as and when they need it.

Q. What is the impact of the interest subsidy scheme for housing the urban poor?
A: The scheme is being revised by the housing & urban poverty alleviation ministry. It is awaiting approval of the government. Once it is approved, it will reach a larger canvas of people. Earlier the subsidy amount was Rs 1 lakh, now it may go up to beyond Rs 1 lakh, and once that happens there is very good scope for a large number of beneficiaries under the scheme.

Q. What is the status of raising Rs 500 crore through commercial papers?
A: We have already raised about Rs 300 crore. Now the rates have gone up off late, so we have slowed down, we are waiting for the rates to come down. We will raise more money through taxable bonds and tax-free bonds, we are waiting for the ministry’s approval. We would like to be very innovative in raising the resources. It has paid some dividends, two months ago we raised Rs 700 crore through taxable bonds at the rate of 8.14%, which was one of the best rates. So our people are coming out with innovative ideas. We are going to set up a venture capital fund also along with National Innovation Council. About Rs 25 crore has been approved by our board to be invested in new ventures through the National Innovation Council. We have also subscribed Rs 50 crores in IDF (infrastructure debt fund) being set-up by IIFCL, India Infrastructure Finance Corporation.

We have also taken 19.9% equity in the Delhi Mumbai Industrial Corridor, DMIDC. This is because India’s future growth of industries as well as new townships is going to happen along this new corridor. That corridor is likely to be extended upto Bengaluru and Chennai. So we will have Delhi-Mumbai-Bengaluru-Chennai corridor, which will give a big boost to new cities, specially the industrial cities, industrial townships will come up, and Hudco will be a partner in the development of this industrial corridor.

Q. By when you are going to set-up your venture capital fund?
A: We are waiting for NIC to get the Union Cabinet’s approval. It is part of the Rs 500 crore fund that is going to be set up by the NIC. Hopefully in the next couple of months it will happen.

Q. Lastly your take on regulator?
A: It will make a lot of difference for the house owners, the people who buy houses from developers. It will certainly give them lots of rights and there will be some orderly investment and orderly development in real estate through this. This will cut down cheating. Not that all the developers are cheating, but a large number of MIG house owners don’t get proper response from the developers. They pay the money, they don’t get what is promised, nor do they get possession on time. Many clearances may not have been obtained. They don’t give the true picture, the information that is revealed to the house owners is minimal, and many times it is misleading. So such developers would be under control, but good developers have welcomed this bill and I am sure it will be good for both, the developers as well as consumers. Government’s main interest is to protect the interest of the general public against exploitation by some of the developers.

* From last year’s 4.34 lakh housing units, we would like to reach out to about a million (10 lakh) housing units in a year. Our total lending has been about Rs 83,000 crore, we would like to cross Rs one lakh crore.
*Hudco Nav Nagar Yojna is an integrated township solution. This will give a big fillip to the urban local bodies.
* ‘Rent-to-own’ scheme for low income group
* We are going to set up a venture capital fund also along with National Innovation Council
* We have taken 19.9% equity in Delhi Mumbai Industrial Corridor. This is because India’s future growth of industries as well as new townships is going to happen along with this new corridor.
*The Delhi-Mumbai-Bengaluru-Chennai corridor will give a big boost to new cities, specially the industrial cities

Housing for all: Dr. Girija Vyas