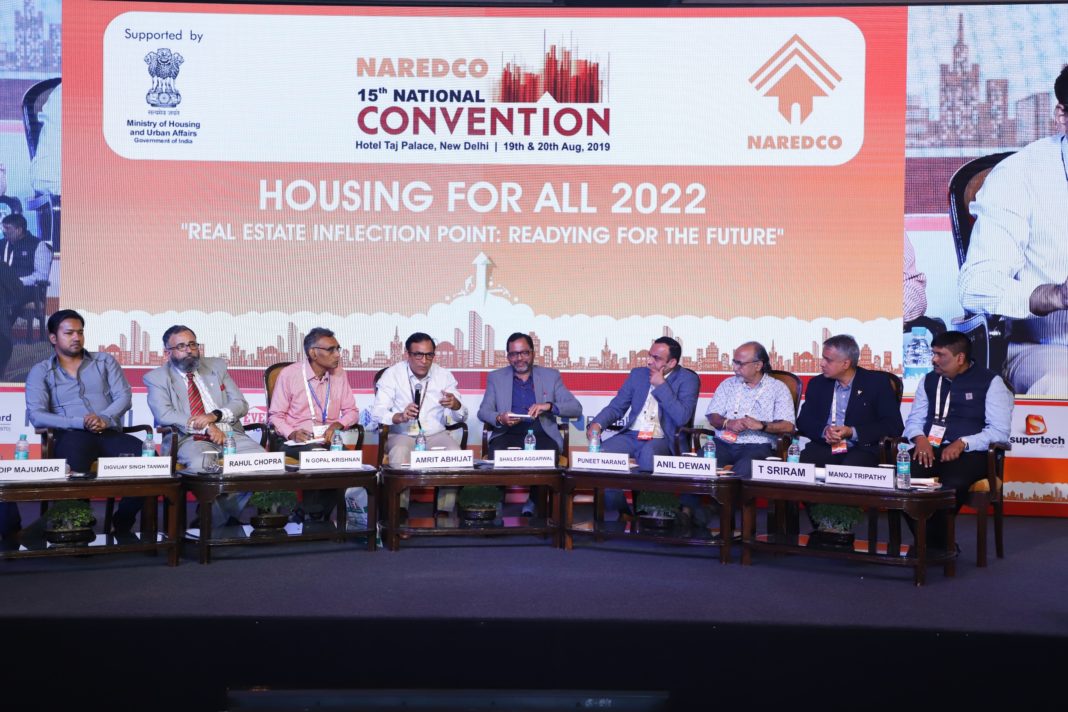 Speaking at the session on ‘Emerging Construction Technologies’ at 15th National Convention of NAREDCO today Amrit Abhijat, IAS, Joint Secretary (PMAY), Union Ministry of Housing and Urban Affairs underlined the significance of cost-effective, energy-efficient and sustainable new technogies in making Pradhan Mantri Awas Yojana (PMAY) a resounding success. He informed that the Union government is looking at investments close to five to seven lakh crore rupees under PMAY. As of now, 50 lakh houses are being constructed out of 26 lakh crore have already been delivered.  “Affordable housing has clearly emerged as the answer to the problem of the economy”, he added.

Abhijat further spoke about the six Lighthouse Projects coming up in Rajkot, Indore, Lucknow, Pune, Chennai, and Ranchi for which the builder community must participate in bids by visiting the website www.ghtc.india.gov.in by 30th August 2019. He added that funding has been ensured for these projects which will be RERA-compliant and financially viable projects.

He elaborated that new technologies used in PMAY projects are transforming the lives and providing dignified, secure and happy existence to people. This is the paradigm shift we have brought about in the way housing is considered in India, he said.

Earlier, welcoming the Joint Secretary, MoHUA, Praveen Jain, Vice-Chairman, NAREDCO appreciated the government’s efforts in pushing affordable housing in the country by ensuring use of emerging technologies, providing subsidy and bank finance to developers and buyers of low-cost houses.

Target of Housing For All by 2022 will be met two years in advance: Hardeep Singh Puri