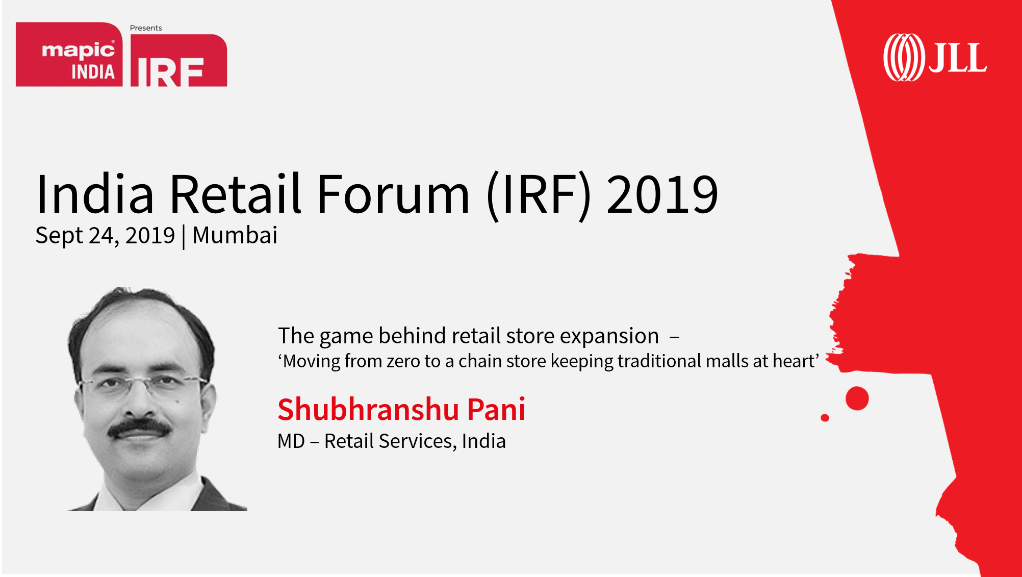 Change is normal. Nimble footed retailers have realised that high rentals across malls in metros are adding to the stress on their business. They have also realised that rapid urbanisation, changing demographics across country, evolving consumer tastes and preferences, and the advent of new retailing formats have created opportunities beyond cities at tier II & III cities. These have now become the bedrock of new business and profitability of retailers, whilst they continue with better performing Grade A/prominent malls and omnichannel retailing for sustained growth. The newer markets are where the growth and large population of aspirational India is. Those who go in early will surely build legacies

Mumbai, 24 September 2019: Omni-channel strategy, along with balanced expansion to tier II & III markets will be the key to run a healthy business for retailers in the country, according to a latest JLL study, Urbanisation, Aspiration, Innovation – The New Paradigm of India Retail, released today at the two-day India Retail Forum, being organised on 24th & 25th of September.

The report adds, amidst rising rentals across malls, low occupancy rates and the onset of alternative retail formats such as e-commerce, retailers are now preferring better performing Grade A/prominent malls over others where the rental deals are purely on a revenue share basis. Leases are being renewed at steep premiums in malls where occupancy is around 90%.

As a result, many marquee malls have seen a three-fold jump in rentals. Premium brands are renewing their leases at almost twice the earlier rents. This has resulted in the tenure of mall leases being shortened, and thus, many brands are finding it difficult to survive under the burden, the report adds.

“Retailers are struggling at various fronts apart from rising rentals. Under-performing, less efficient stores with huge inventory pile-up of merchandise, stiff price competition from dominant e-commerce players and poor inventory management are some of the challenges retailers have. In such a scenario, retailers are shifting shift to tier II and III markets, where the brand presence is minimal. This is also helping them to combat the problem of excess unsold inventory. Additionally, they are optimizing store sizes, creating multiple touchpoints for consumers along with having an omnichannel presence within the sphere,” said Shubhranshu Pani, MD – Retail Services.

“And investors have taken note of this evolution. As a result, investors have increased their involvement at various levels in the ecosystem. Today prominent mall developers form metros are looking beyond the tier 1 cities. They are going into the tier II cities with the expertise, relationship and size of the centre,” Pani added.

The retail sector in smaller markets has drawn an investment of USD 6,192 million between 2006 and 2017, against USD 1,295 million that was drawn by tier 1 and metro cities during the same period. In recent times, funds like Blackstone through their Indian subsidiaries have invested in successful malls of not only tier I cities but also in retail assets of tier 2 locations.

The report added, there are significant gains in tier II and III markets. As these locations are unexplored and real estate costs here are 30-40% lower than those in metros and tier 1 markets, retailers are all the more interested in these locations, it added.