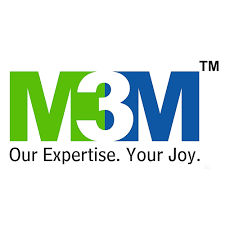 Realty firm M3M India Ltd said on Wednesday that has paid the last installment of over Rs 700 crore to Sahara Group thereby completing the deal to acquire 185 acre of land in Gurgaon for Rs1,211 crore.

According to a news agency report, the Gurgaon-based developer said the last installment was deposited in the Sahara-Sebi account on March 29.

In December 2014, Sahara had sold a big land parcel at the outskirts of the national Capital for Rs 1,211 crore to M3M India to raise funds in a bid to get its chief Subrata Roy released from jail.

The Supreme Court had asked Roy to give Rs 5,000 crore and an equal amount in bank guarantee for securing bail.

“The M3M Group and Sahara land deal has come to a closure. The deal was finalised at Rs 1,211 crores; with the payment of last installment Rs 700 plus crores in the Sahara Sebi account, all the dues for the 185 acre plot have been cleared,” M3M said in a statement.

According to the report, it has paid the entire amount of the land deal which along with the stamp duty amounts to more than Rs 1,300 crore.

The land is located along the Dwarka Expressway on the Delhi Gurgaon border and the company plans to launch the project next year after getting necessary approvals.

The 185-acre land in Gurgaon, with 12 million square feet built-up area, would be used for mix-use development and has sales revenue potential of Rs 12,000 crore, M3M India had said while announcing the deal.