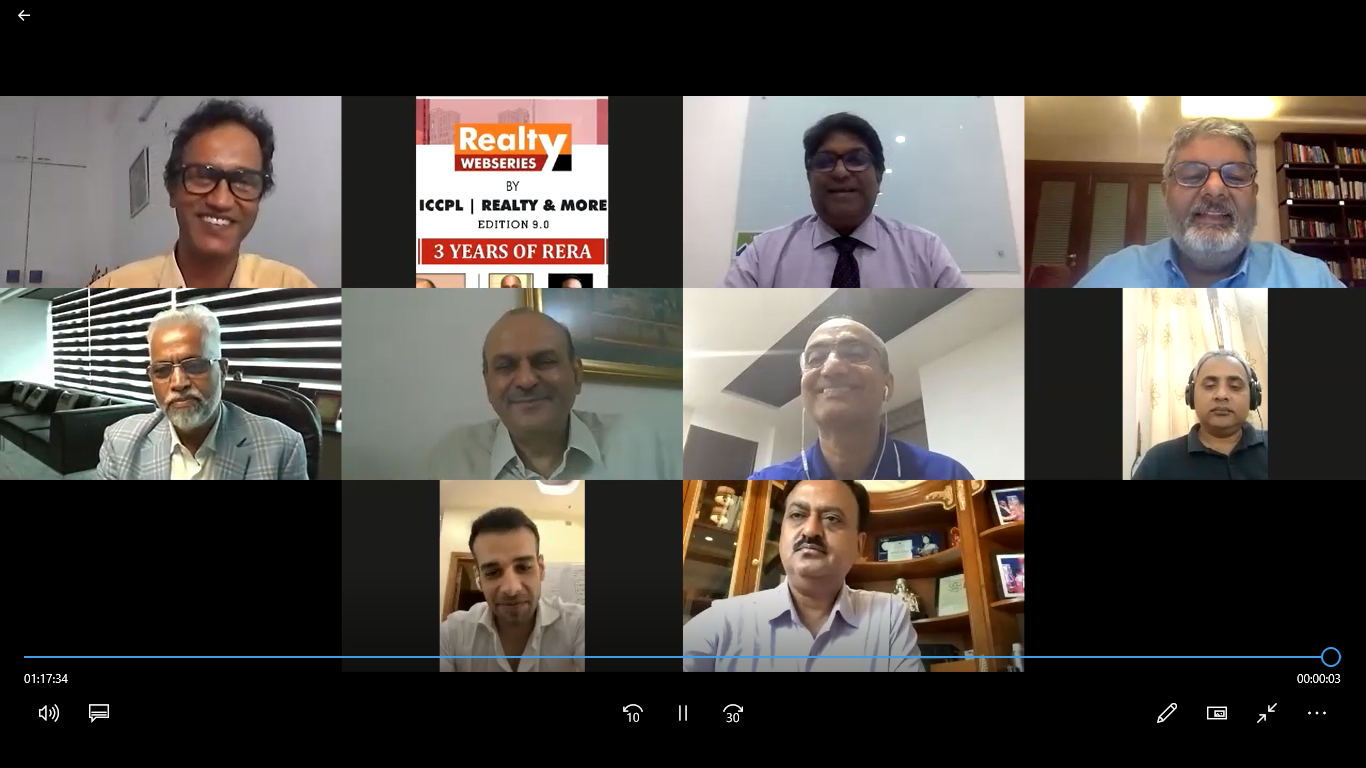 UP RERA, in its various orders, has stipulated a period of six months for non-payment of interest if an instalment is due.

“Though interest will be due as far as the delay is concerned; however if there is any instalment which is due, I think it will be unfair of the builders to be asking for interest for this period”, said Chairman Rajive Kumar at the ninth edition of Realty Webseries hosted by Realty & More and ICCPL on July 4. Three Years of RERA’ was the theme for the latest edition.

On his part, Gaurs Group Chairman Manoj Gaur clarified that Credai is also clear on this issue and no interest is being charged for instalment which is delayed for six months. This, he said, is the consensus within Credai and if any such case comes to its notice, UP RERA may forward it to the developers’ body.

To a query posed by Manvendra Jha, Assistant Editor, PTI, if it’s within RERA’s power to issue such a direction, Kumar replied emphatically, “Yes! Why not?

Jha further suggested that UP RERA may issue an advisory to the effect that builders cannot charge if there is a default in Instalments during six to nine months.

The UP RERA chief elaborated that in every case decided by the Authority, there’s a written mention that no interest will be charged for six-month delay. Credai itself has decided this, he said, and “in all our orders we are adding that line.”