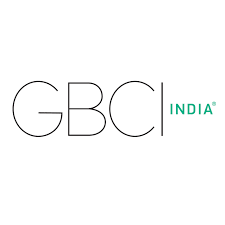 India, December 14, 2021: GBCI India has released a joint research study, “Healthy Workplaces for Healthier People,” in collaboration with Saint Gobain Research India. The study assesses the indoor environment in Indian workspaces and the impact it has on building occupants, and highlights the correlation between indoor spaces and occupants’ health and well-being. The study revealed there is considerable room for improvement in Indian offices when it comes to maintaining a healthy indoor environment.

Spanning a pre-pandemic timeframe, the study involved evaluation of 30 offices located in nine Indian cities covering three major climatic zones, and included a mix of green certified and non-certified spaces owned by private and government agencies. Collectively, these offices had an occupancy of about 30,000 people –1,500 of whom also participated in an online survey as part of the study. Building data collected from project teams and professionals who work at the buildings along with onsite measurements and inspection; and occupant feedback collected through online surveys were all analyzed to determine whether the buildings were delivering healthy and comfortable spaces.

The study evaluated important parameters such as indoor air quality, lighting, access to outdoor views, thermal comfort, and acoustics that define workspace quality. Out of the 30 offices studied, only one had all the indoor air contaminants within limits prescribed by standards. Both indoor-generated contaminants and those entering from the outdoors were a concern due to the adverse impact they have on occupant health. Carbon dioxide (CO2) and nitrogen dioxide (NO2) were the most common non-compliant indoor air contaminants, followed by particulate matter (PM) and formaldehyde (CH2O). Poor lighting and lack of access to good outdoor views from the workstations were some of the other prevalent issues.

1,500 employees from these 30 offices participated in an online survey as part of the study. The aim was to understand what the occupants feel about their workspace and how it impacts them. Occupant surveys are usually considered a basis for identifying problem areas and evaluating the indoor environmental quality (IEQ) of a space. However, the findings of the study revealed that critical indoor parameters like air quality and lighting were primarily unnoticeable by occupants. Despite poor lighting and air quality observed, 76% of people reported satisfaction with lighting and 68% with air quality, highlighting that occupants’ perception does not accurately reflect IEQ performance. This indicates how critical it is to regularly monitor the IEQ performance and to educate occupants on its impact on their short and long-term health.

Commenting on the study findings, Mili Majumdar, Managing Director, GBCI India and Senior Vice President, USGBC, said, “We spend most of our lives inside buildings. As such, the ways they are designed, built and operated have a direct effect on our health, not to mention our overall wellbeing and productivity. The COVID-19 pandemic has heightened the need for safe and healthy workspaces and businesses must ensure occupant safety by pursuing and maintaining high quality workplaces.”

Unnikrishnan AR, Managing Director, Saint-Gobain India, Glass Business, added, “The ‘Healthy Workplaces for Healthier People’ study was an extensive exercise carried out over a period of three years, with deep data analysis spanning over a year. We are confident that the insights from this study will help us design and implement better and safer workspaces, thereby aiding our pursuit to make the world a better home.”

In 73% of spaces, levels of interior background noise were higher than the standard threshold.

Ceiling treated with Acoustics tiles performed best in optimizing the echo or Reverberation Time (RT) in the space.

Which indoor environmental factors impact occupants the most?

Can workplace improvements encourage people to lead a healthier life?

The online survey taken by 1,500 employees from the 30 offices, also collected information on their health and lifestyle which was analysed to understand the general trend in occupants’ health, lifestyle and workplace habits.

The study revealed that –

While the conversation around the quality of indoor spaces and its effects on occupants is not new, the COVID-19 pandemic has put a spotlight on its importance. The expectations from workplace environments are destined to change in the post-pandemic world. The insights from the “Healthy Workplaces for Healthier People” study will prove useful to company leaders, building owners, office managers, architects and developers in evaluating and improving health performance of existing facilities and planning new projects, as healthy people in healthy places would be imperative to ensure a healthy economy.