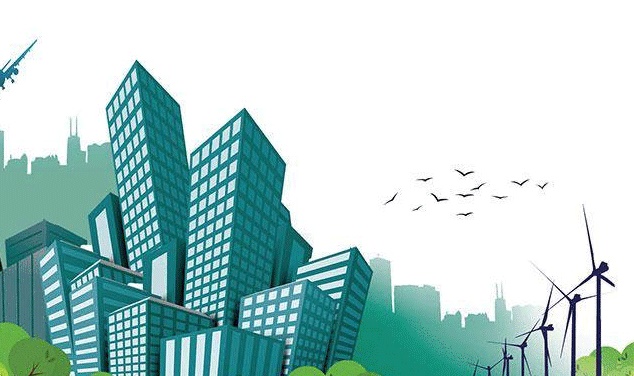 –       Seven cities in the state have been identified as ‘smart cities’ under this central government’s mission including Belagavi, Hubli-Dharwad, Mangaluru, Shivamogga, Davanagere, Tumkur and Bengaluru

–       Over 130 of these projects planned in Belagavi, Mangaluru and Tumkur with a cost of less than Rs 100 crore per project

October 23, 2018: CBRE South Asia Pvt. Ltd., the world’s largest real estate consulting firm today announced the findings of its report titled ‘POWERHOUSE KARNATAKA – THE HARBINGER OF INDIA’S ECONOMIC REVOLUTION’. The report based on the theme of ‘Ease of Doing Business Policy’ stated that Karnataka ranked eighth across India on Ease of Doing Business 2017-18, ahead of Maharashtra and Tamil Nadu, scoring the highest in terms of maximum reforms for enabling construction permits. Additionally, the state also scored well on reforms implemented relating to ‘access to information and transparency’. The Ease of Doing Business scores were released by the Department of Industrial Policy and Promotion (DIPP), Ministry of Commerce and Industry, in partnership with the World Bank Group.

One of the key investment destinations in the country, the state scored second on the Social Progress Index 2017, ranked only after Delhi. The index, released by the Institute for Competitiveness, considered three broad categories of social progress – basic human needs, foundations of wellbeing and opportunity to capture what matters to society and people.

The report takes a deep dive into Karnataka’s current state of the economy as well as its future and has taken into consideration all key parameters to evaluate performance of its economy, including total inflow of Foreign Direct Investment between 2016-17 to 2017-18.

The first state to enact the Industrial Facilitation Act to help investors, Karnataka in 2017-18 accounted for 19.2% of the total FDI inflows into India – second only to Maharashtra. As a result, the state’s investments have almost quadrupled in 2017-18, as compared with 2016-17.

“Karnataka has always been a front runner in India’s economic progress and its real estate sectors has played a key role in this. Due to the forward-looking policies implemented by the state, sectors such as real estate have also attracted significant investments over the past couple of years,” said Abhinav Joshi, Head of Research, CBRE India.

The report further states that Karnataka was among the first few Indian states to implement power sector reforms and has been taking various initiatives to implement projects to improve installed capacities for power generation in the public and private domains. With a capacity of more than 7,400 MW, it is one of the leading states contributing to India’s renewable energy supply.

CBRE Group, Inc. (NYSE:CBRE), a Fortune 500 and S&P 500 company headquartered in Los Angeles, is the world’s largest commercial real estate services and investment firm (based on 2017 revenue). The company has more than 80,000 employees (excluding affiliates) and serves real estate investors and occupiers through approximately 450 offices (excluding affiliates) worldwide. CBRE offers a broad range of integrated services, including facilities, transaction and project management; property management; investment management; appraisal and valuation; property leasing; strategic consulting; property sales; mortgage services and development services. CBRE was the first International Property Consultancy to set up an office in India in 1994. Since then, the operations have grown to include more than 8,000 professionals across 10 offices with a presence in over 80 cities in India. As a leading international property consultancy, CBRE provides clients with a wide range of real estate solutions, including Strategic Consulting, Valuations/Appraisals, Capital Markets, Agency Services, Asset Services and Project Management. The guiding principle at CBRE is to provide strategic solutions that make real estate holdings more productive and economically efficient for its clients across all service lines.

CBRE has been included in the Fortune 500 since 2008, ranking #207 in 2018. It has also been voted the industry’s top brand by the Lipsey Company for 17 consecutive years and has been named one of Fortune’s “Most Admired Companies” in the real estate sector for 6 years in a row.