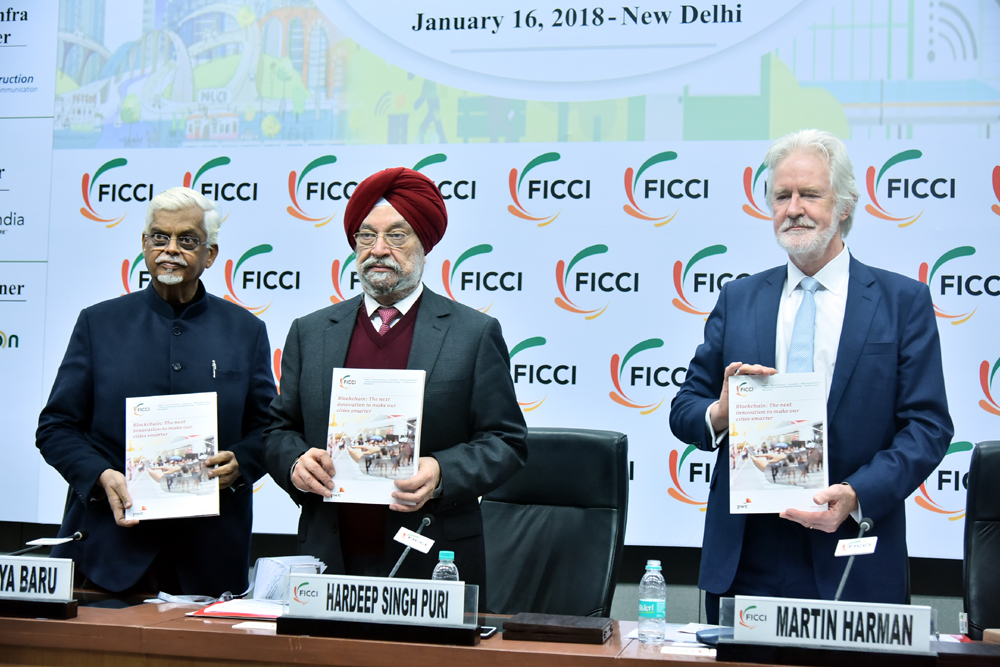 NEW DELHI, 16 January 2018: Mr. Hardeep Singh Puri, Minister of State (Independent Charge), Housing and Urban Affairs, today sought to dispel the impression that India was a reluctant urbaniser, stating that India’s case was unique as urbanisation in the country was autonomous, characterized by a whopping 600 million people who will occupy or look for urban spaces by 2030.

This humongous figure is expected to rise to 800 million by 2040, he said, while inaugurating the ‘Smart Cities Summit 2018’, organised by the Federation of Indian Chambers of Commerce and Industry here today.

Mr. Puri said that under the government’s ‘Smart Cities Mission’, 3000 projects worth Rs 1.4 lakh crore in 90 cities were under implementation and over Rs 1 lakh crore worth of projects were being readied for tendering. “By June this year you will begin to see the physical contours of the processes involved in setting up smart cities such as surveillance systems, improved communications, citizens’ feedback management systems, ease of living for the poor, the aged and differently abled people, etc.,” he said.

Some of the main challenges, he said, were mitigating the impact of carbon emissions in cities, deployment of environmentally-friendly technologies, cleanliness and sanitation. Smart cities would also require efficient public transport, over bridges, foot and cycle paths and greening of spaces, all of which would have to be designed to facilitate the free and unrestricted movement of people, he pointed out.

Mr. Puri said that the government proposes to set up an expert group to look into how smart cities would encourage and cope with the aspirations of the continually growing young professionals who will occupy urban spaces.

On the occasion, the Minister released the FICCI-PwC Knowledge Report titled, ‘Blockchain: The next innovation to make our cities smarter’.

Mr. Martin Harman, former Senior Partner and Chairman of Pinsent Masons LLP, spoke of the opportunities in project delivery in smart infrastructure and shared his experience of working on international infrastructure projects. The ‘Smart Cities Mission’, he said, offered an opportunity to create a world leading, integrated and innovative procurement and implementation strategy, fit for the purpose of 21st century India and beyond. Smart cities, he added, needed smart processes, of which collaborative contracting and avoidance of conflict were some of the essential components.

Dr. Sanjaya Baru, Secretary General, FICCI, pointed out that the chamber was well placed to work with state governments and small and medium businesses for solutions to the development of smart cities. Greater interaction with the Central and state governments as also with young entrepreneurs and architects, etc. would bring new thinking on public policy, he said.

The day-long summit deliberated on ‘Connecting the Cities’ from stakeholders’ perspectives and ‘Smart City Interaction and Project Showcasing’.