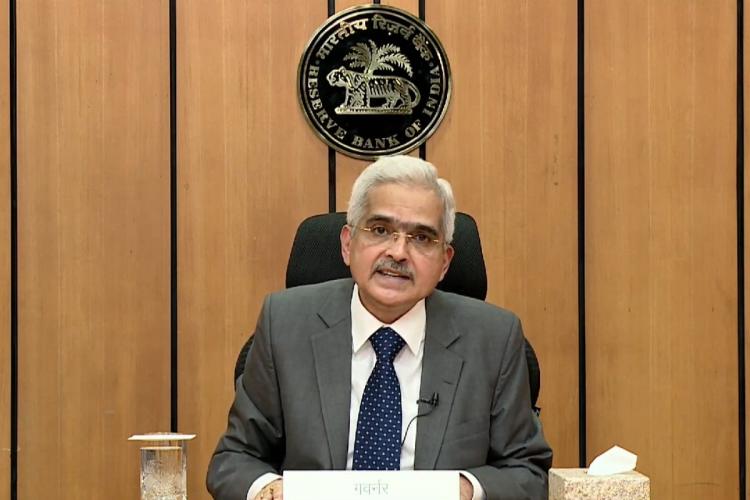 In a bid to check the rising inflation, the Reserve Bank of India (RBI) has announced 40 basis points hike in repo rate to 4.40%, Governor Shaktikanta Das announced in a virtual briefing on Wednesday.

Repo rate refers to the rate at which commercial banks borrow money by selling their securities to the central bank.

“We have demonstrated in the MPC that we are not bound by a set book of rules but be accommodative of changing scenarios,” Das said.

With the upward revision, the RBI has indicated that it could raise interest rates further if inflation moves further northwards.

Here’s how industry stalwarts reacted to the rate hike –

“Leading banks had already increased housing loan rates in the past few months. With benchmark lending rates rising for the first time since August 2018, end user demand in the residential segment may get tapered to a certain extent. The impact of the off-cycle decision on all housing segments especially affordable housing demand needs to be closely monitored in upcoming quarters. On the supply side, steady rise in construction costs and the impact on financial stability of developers, unable to pass through the increase, could create a pressure on pricing.”

“The hike in the benchmark lending rate by 40 basis points is a laudable move in a bid to control inflation and strengthen the growth-oriented motives of the country. The real estate industry is well-positioned to manage any hike and was quite frankly expecting it as well to tackle the tight inflation. However, there will be a rise in the property prices coupled with the surging input costs though the market sentiments, by far and large, will be stable”.

“As the inflation rate is at an all-time high along with the rising crude oil prices, the increase in the benchmark lending rate by 40 basis points to 4.40 per cent will be another blow to the millions of home buyers, aggravated by the subsequent rise in home loan rates. The budgets of first-time homebuyers will be upset and their urge to buy homes will be impacted by it. While the RBI has taken the decision to control the inflationary challenges, the Government also needs to take steps to contain the steep rise in the construction material costs besides other input costs and bring it down to economical rates to compensate the losses and afterwards, the benefits of such measures could be passed on to the end users or millions and millions of first time buyers”.

“With an immediate effect, the policy repo rate has been raised by 40 basis points to 4.40 per cent. The current standing deposit facility rate is 4.15 per cent, whereas the marginal standing deposit facility rate and the bank rate are both 4.65 per cent. This urgent move will be helpful in relieving the nations inflation challenges. There is no deny that there will be a rise in property prices but it will be soon balanced off because the market is strong and resilient”.

“The industry has been mulling over an increase in rates for some time and is well placed to manage any hike. Indian inflation is at an all-time high in the past 17 months and the RBI’s policy to increase lending rates and Cash Reserve Ratio is directed toward controlling the same. However, the silver lining is that even if we factor in the rise in input costs together with home loan rate growth, the aggregate increase in property prices will be in the safe range of 4-6% in FY 23. Given the fact that the job market is robust and most of the workforce would have witnessed a hike in salary/appraisal (generally 10% or above), the overall impact of the rise in property prices will be squared off easily”.

“Following the outbreak of the pandemic, the RBI adopted an ultra-loose monetary policy. It lowered the repo rate to a record low of 4% to infuse cash into the system and boost growth. Since May 2020, the rate has remained at that level. The nation is facing inflation has reached worrying levels, which would be improved by the decision taken by Reserve Bank of India. Increasing the repo rate by 40 basis points (bps) is to keep inflation in check. The immediate impact on the real estate sector would be an increase in home loan rates and input costs but it won’t make much of a difference because of the robust resurgence seen over the last several months”.

“At this crucial juncture when real estate sector is facing double whammy of high construction cost and rising land price, such a sudden steep hike of 40 bps  in repo rate should be taken as  a signal that prices across all segments of real estate will go up”.

“Indian real estate market is returning to normalcy after more than three years of stagnation. The construction industry has managed to maintain prices and cut profits despite soaring input costs for raw materials, including cement, steel, and labour.  A rise in repo rates will increase the cost of homes, which will in turn adversely affect the affordability index.”

“In the backdrop of high inflation rate, RBI’s decision to hike repo rate by 40 bps is truly surprising. This move is particularly discouraging for the homebuyers as the EMIs on home loan will go up. It will also increase the borrowing cost at a time when the real estate sector is already facing a steep surge in construction cost due to increase in raw material prices.”