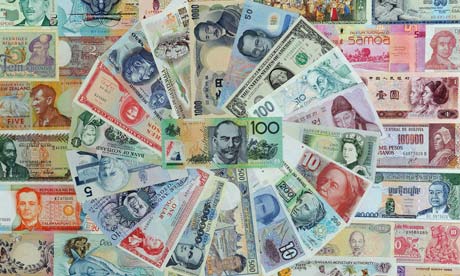 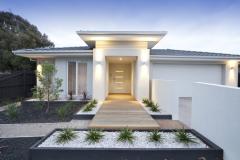 The first real test of the Narendra Modi Government is scheduled just a few days from now. On Thursday (July 10) when Finance Minister Arun Jaitley presents the maiden Budget of the NDA Government, the industry, rather the entire nation, will know how close the new dispensation is towards the heightened expectations of the nation on the economic front. The real estate sector is, particularly, awaiting some positive steps on the policy and taxation fronts which can spur growth and usher in the promised ache din, both for the industry and the end-consumer. The industry’s hopes have been bolstered by the avowed ‘Housing for All’ mantra of the new Government and it is quite bullish about some positive news pouring out of FM’s bag on the floor of the House on July 10.

Realty & More contacted a cross-section of industry stalwarts to find what their expectations are from the Union Budget 2014-15 and presents a snapshot of their viewpoints. We all will now await the coming Thursday to check to what extent the industry wishlist has come true

Mr. C Shekar Reddy, national president, CREDAI, said the real estate sector is enthused by the Government’s ambitious ‘Housing for All’ policy and he seeks definite directions on the policy front in the upcoming Budget. The success of any effort on providing housing for all, he said, requires mechanisms for adequate funding for low-cost buyers and for developers as a prerequisite.

Mr. Reddy further said though housing finance companies (HFCs) exist to address this segment, their funding limits need to be augmented. These HFCs, he said should have a minimum net worth of Rs 300 crore for each of the last three years. Specialized HFCs who are funding low-cost housing will not meet these criteria and they should have an equal opportunity to access external commercial borrowings (ECBs).

Putting emphasis on the need for better lending policies, Mr. Reddy says that there is a need to redefine the priority sector lending (PSL) status. Today, only housing loans below Rs 25 lakh in metros qualify PSL. There should be a uniform definition of PSL as construction costs are more or less similar across the country, he said.

According to Mr. Reddy, the real estate sector is looking forward to the exemption of service tax for housing projects. The transaction taxes inclusive of the service tax, VAT, Registration and stamp duty, etc for a buyer has sharply risen over the past few years and therefore need to be brought down from 30-35 percent to about 15 percent.

He further said that the concept of NOCs is stopping the growth of the country, making houses costly by about 40 percent due to delay in getting project approval. He wanted that NOCs be completely eliminated to make online approvals implementable and successful. 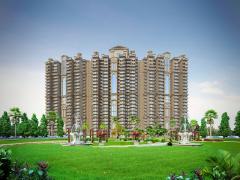 Mr. Reddy also pointed out that the Infrastructure status should be extended to the housing and real estate sector to enable access to funding from banks and other financial institutions at a much lower cost

The CREDAI chief also wanted steps to institutionalise the real estate sector through widening the funding options to achieve quicker financing for real estate projects and give investors an alternate source of investment.

For the benefit of the end-consumer and demand creation Mr. Reddy recommended that the Government should increase the threshold limit to Rs. 5 lakh for deduction on interest on housing loans under section 24(b) of the income tax from the current limit of Rs. 1.50 lakh.

Tata Housing Development Company views the upcoming Budget as an opportunity to address pertinent and long-prevailing issues in the real estate sector. 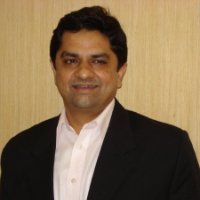 Among the policy improvements expected by Brotin Banerjee, MD&CEO of Tata Housing are the need to confer industry status to the realty sector, making provision for single-window clearance and establishment of a regulatory authority to ensure planned and transparent development in the interest of the customers.
Banerjee said the excise duty reduction on cement and steel will lower project costs and expansion of the interest subsidy on loans will boost developers’ interest in this segment. Moreover, he said, tax measures such as increasing the limit of interest deduction on home loans will provide the necessary motivation to consumers to increase buying activity and revive demand in the value and affordable segment.

Referring to the Government’s mandate in terms of ‘Housing for All’, he said to tackle the massive housing requirement of urban India in an effective and speedy manner, the new housing policy should look to suggest some viable methods for making affordable housing possible in public-private partnership (PPP) model. 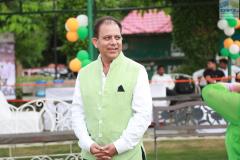 Kamal Dutta, managing director of  DPL Builders, said, there are a lot of expectations from the Narendra Modi government since the last few Budgets have left the real estate sector almost intact and had overlooked the suggestions forwarded by it.

Reduced demand, litigation around land acquisition, delayed approvals, liquidity crunch and projects stuck mid-way have created troubles for investors and consumers, he said.  Also, he said, the real estate sector is facing a demand slowdown in the last few years because of the high interest rate and low economic growth.

Dutta expected both fiscal and non-fiscal measures from the Finance Minister to give a push to the sector. He said if the Government introduced the uniform stamp duty rates and stamp duty, a credit will reduce costs for ultimate buyers and foster transparent deals.

Another important thing that he wanted was steps to be taken in this Budget to institutionalize the real estate sector to attain quicker and easier financing for projects and give developers an alternative source of financing.

Dutta also said single-window clearance would help large infrastructure projects. There could be increased outlay for urban infrastructure, he said.

Mr. Sachin Sandhir, MD, RICS South Asia, recommended that to support homebuyers in the affordable category, the limit of priority sector lending should be revised. The home loan limit of Rs 25 lakh, he said, should be revised upwards to Rs. 35 lakh under the scheme in a bid to benefit an increased number of home buyers.

The Government had last year announced a sop that gave an additional tax deduction of Rs 1 lakh to persons taking a home loan of up to Rs 25 lakh for the first purchase. But the provision was applicable till March 31, 2014. Mr Sandhir wanted this date to be extended. Additionally, he wanted the limit of Rs 1.5 lakh to be increased to Rs 3 lakh.

To bring more transparency in property transactions, the Government had also introduced the provision of tax deduction at source at a rate of 1 percent on transfer of immovable property priced Rs 50 lakh or more. RICS MD believed that the tax deduction should be extended by another year and TDS to be levied on properties priced at Rs 1 crore and above.