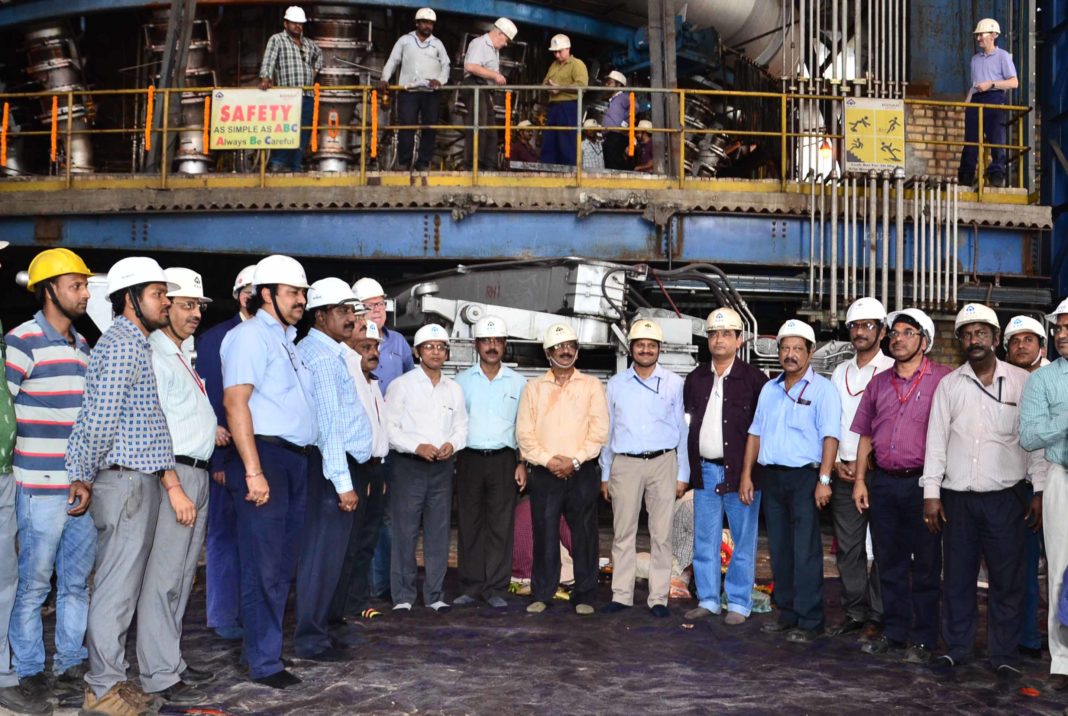 New Delhi/Rourkela, May 08, 2018: Steel Authority of India Ltd. (SAIL) first blast furnace ‘Parvati’ situated at SAIL’s Rourkela Steel Plant (RSP) has been rebuilt under company’s modernization and expansion program and is successfully blown in today. SAIL-RSP’s Blast Furnace No.1 – Parvati is rebuilt with state-of-the-art features and additional capacity. The useful volume of this rebuilt furnace, in its new avatar, has increased from 1139 cubic meter to 1710 cubic metre, as a result of which the annual production capacity of the furnace will go up from 0.438 MT per annum to 1.015 MT per annum. The rebuilt blast furnace was blown-in by Mr. Ashwini Kumar, CEO, RSP.

Blast Furnace ‘Parvati’ was first blown in on 24th January 1959 and soon after it was dedicated to the nation on 3rd February 1959 by the then President of India Dr. Rajendra Prasad. Since then, the blast furnace was taken down five times for relining and major repair before it was put down on 5th August 2013 for total rebuilding. The furnace was completely dismantled and a brand new furnace was installed on the same foundation with available space and resources. The furnace in its modernised incarnation would surely go a long way in further strengthening the productivity and profitability of the Plant. Also present during the blowing in were Mr. PK Pradhan, ED(P&A), Mr. Subhendra Das, ED(Works) and many other senior officers of SAIL-RSP