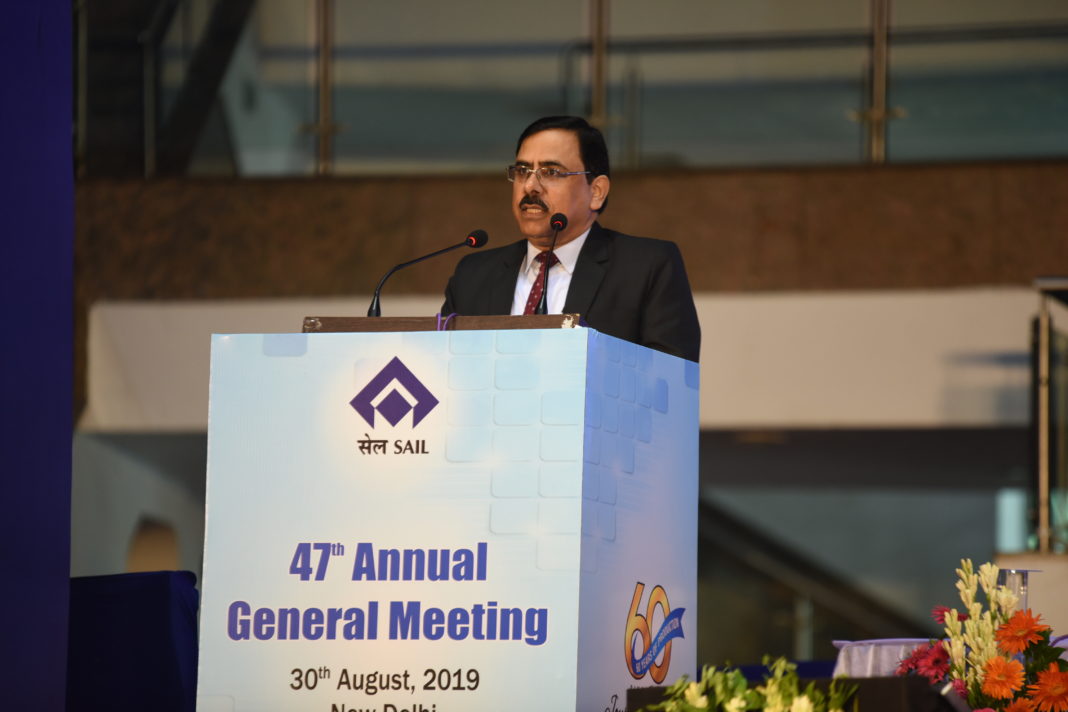 New Delhi, 30th August 2019: Addressing the shareholders of Steel Authority of India Ltd. (SAIL) on Company’s 47th Annual General Meeting held here today, Shri Anil Kumar Chaudhary, Chairman, SAIL said the financial year 2018-19 has been a turnaround year for the Company. He said that “SAIL earned a Profit after Tax (PAT) on standalone basis at Rs 2,179 Crore in FY’19 as against loss of Rs 482 Crore in the previous year FY’18. On consolidated basis, the Profit after Tax stood at Rs 2,349 Crore for FY’19 as against loss of Rs 281 Crore in FY’18. The change in fortune has been a result of determined efforts and strategic initiatives taken by the Company which helped to improve the EBITDA in FY’19 to Rs 10,283 crore, almost double of the performance of Rs 5,184 crore in FY’18.” In the AGM, SAIL declared a dividend of 5% for the financial year 2018-19.

SAIL, especially during H2 FY’19, took various initiatives which led to increase in production of Hot Metal, Crude Steel and Saleable Steel. It increased by 12%, 13% and 10% respectively during H2 over H1. During this period, production of UTS-90 Rails grew by 35% with Long Rails production increasing by 28% over first half.

On this occasion, Shri Chaudhary also said that “SAIL has associated itself with every major national infrastructure project of the Country in the areas of Defence, Railways, Infrastructure, Space, Power, Manufacturing, etc. The Company supplied steel to projects including Statue of Unity (tallest statue in the World), Bogibeel Bridge (longest rail-cum-road bridge in India), Kishanganga and Tuirial Hydro Projects, Eastern and Western Peripheral Expressways in FY’19 giving a fillip to India’s growth story under the ambit of National Steel Policy 2017 as well as ‘Make in India’ movement.”