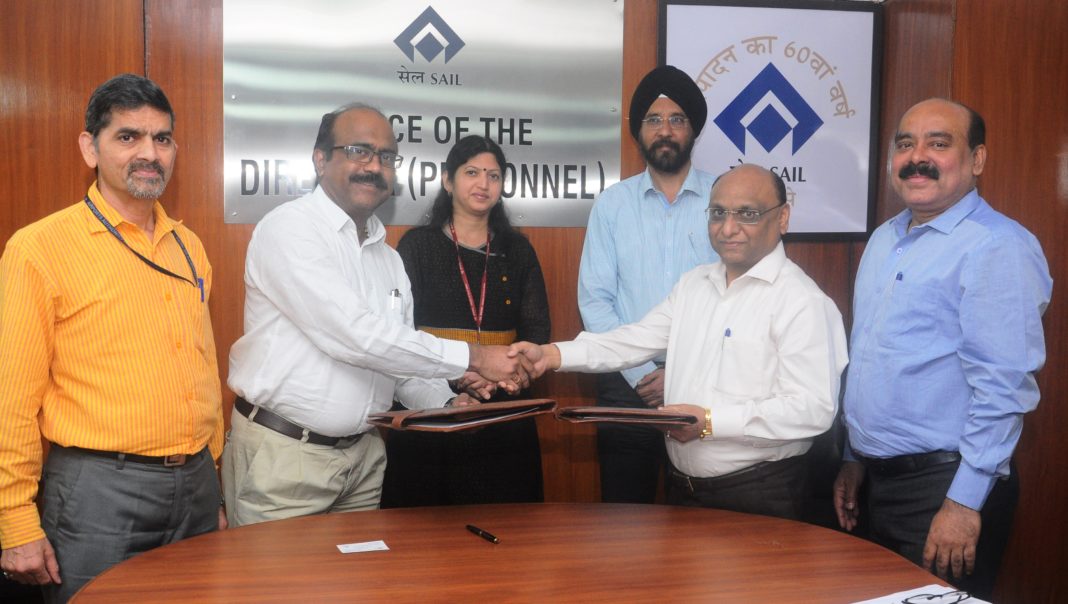 New Delhi, April 23, 2018: Three steel cities of Steel Authority of India Ltd. (SAIL) Rourkela, Bokaro and Burnpur belonging to states of Odisha, Jharkhand and West Bengal, respectively, will soon prominently feature on the aviation map of India. Steel Authority of India Ltd. (SAIL) and Airports Authority of India (AAI) have signed aMoUtoday on utilization of SAIL’s Rourkela, Bokaro and Burnpur airstrips under the Regional Connectivity Scheme (RCS) –UDAN,a flagship project of Government of India. The RCS-UDAN scheme,launched by Ministry of Civil Aviation (MoCA), envisages enhancing the regional air connectivity by providing support in terms of infrastructure and other facilities. SAIL which has actively engaged in many national development schemes and projects like Make in India, Swachh Bharat, etc. has once again taken lead and partnered in the UDAN scheme.

Under the MoU, AAI as an implementation agency under RCS-UDAN would be executing the required works before commencement of RCS flights at all these three airports. Eventually AAI will operate and manage Airport Operations for Burnpur, Rourkela and Bokaro Airport, on behalf of SAIL for three years.

Start of operations at Rourkela, Bokaro and Burnpur airports under the RCS-UDAN would immensely benefit the citizens of these cities through better connectivity and also speed up the developmental activities in the region. After the RCS-UDAN flights become operational from Rourkela, Bokaro and Burnpur, it will also help in augmenting to and fro mobility of employees of SAIL at faster rate from respective Plants.