Uttar Pradesh has got a maximum number of 13 cities in the list of 98 cities released by the Government on Thursday, which are to be developed as smart cities. The list includes 24 state capitals.

After UP, Tamil Nadu and Maharashtra are the other two states with maximum number of cities.

The list of smart cities was unveiled by Union Minister of Housing and Urban Development Venkaiah Naidu, in New Delhi on Thursday.

The Government also released a list containing features of a smart city.

According to the list,  13 cities are from UP, 12 from Tamil Nadu, 10 from Maharashtra, seven from MP, and three each from Bihar and Andhra Pradesh. In the first year, the Government would select 24 cities that would be developed into smart cities.

Speaking on the occasion, Naidu said that the “prime motive behind the smart city project is to enhance urban life.”

“The smart city mission is very practical and realistic. We need public’s participation,” he said. 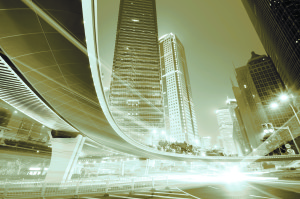 According to Anil Chaudhry, Country President and Managing Director, Schneider Electric India, “As emphasized by the Minister of urban development Venkiah Naidu development of smart cities will improve urban quality across states. We welcome the centre’s decision to set up special purpose vehicles for each smart city and are confident SPV’s will help define the contours of the upcoming smart cities. We are quite upbeat that the Rs 3 lakh crore allocated by the Government for this mission will induce active participation from all stakeholders.”

Gaurav Gupta, General Secretary, CREDAI Raj Nagar Extension said, ” By confirming Ghaziabad as potential city shortlisted for stage two of smart city mission for smart city project it has now been confirmed that everyone including real estate developers will work towards providing such environment. Examples of work towards this aim is the authority’s plan to put up informative LEDs running on solar energy thus saving energy, free WiFi access to residents of Ghaziabad for a limited period etc. The development will definitely help the city as developers will increasingly focus on energy conservation, pollution control and come up with eco-friendly projects that will add value to the lives of the residents also quality of living for residents will improve significantly”.

Sachin Sandhir, Golbal MD, Emerging Business, RICS  said, “This is yet another positive development on the NDA Government’s most ambitious plan for creation of 100 smart cities for 2022. No wonder, series of approvals since it was first cleared by the Union cabinet has only established Government’s purpose. This swift development will not only boost sentiments among builders and investors but also of those who will be greatly involved in ancillary development of smart cities. Providing low cost financing and fast disbursals of fund for completion of the scheme will play one of the key roles in timely execution of the project. Moreover, use of qualified professionals could be made one of the criteria for rating agencies in rating projects which may lead to cheaper debt.”

Samir Jasuja, Founder & CEO PropEquity said, “Finally, the Indian Govt. has announced the list of cities nominated for the smart city mission. Not surprisingly, Uttar Pradesh, Tamil Nadu and Maharashtra gets around 35 per cent of all the planned cities as there is lot of development and expansion happening in this region. Indian cities are in dire need of planned development and we hope today’s development would lead to faster planning and execution of the smart city plan.” 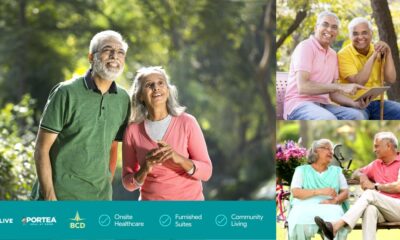