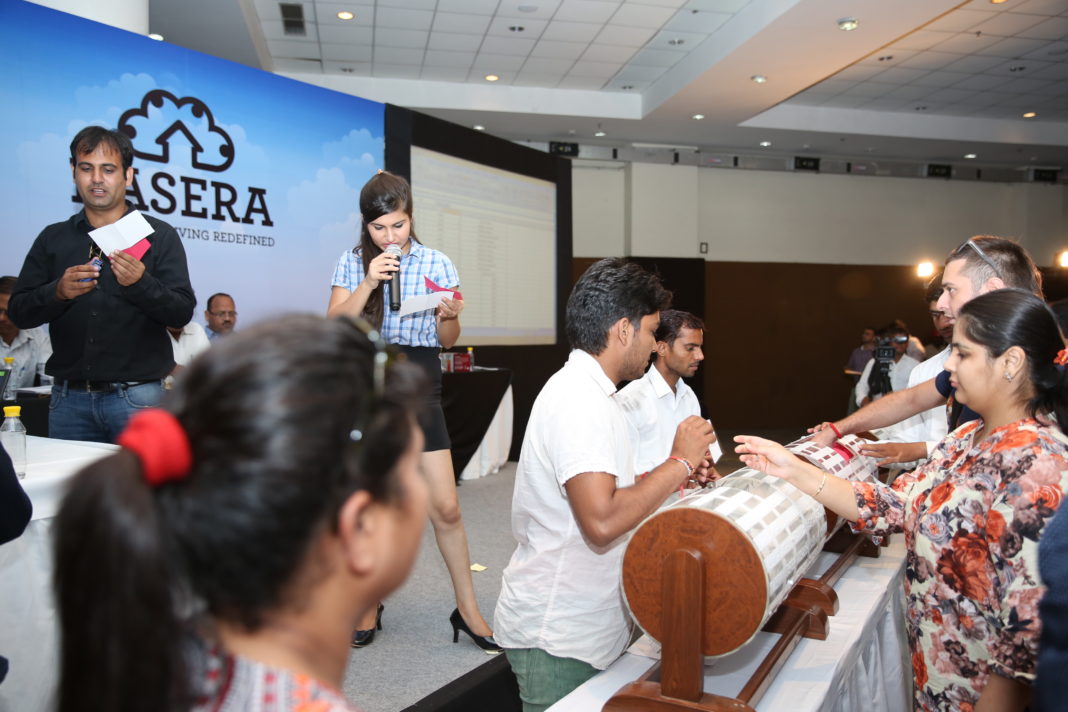 The draw for the company’s initiative under the policy of the Haryana Government took place at EPI Centre, Gurgaon.

Basera is being developed by Supertech Group as per the terms and conditions of the policy prescribed by the Town & Country Planning Department, Government of Haryana. Applications were invited from general public for booking of residential apartments and nearly 2,540 applications were received for this affordable housing project.

The draw, held in the presence of state Government officials received an overwhelming response, according to a press release issued by the company. The first 1976 allottees can now furnish their home in Basera which have a price range between Rs 12 lakh and Rs20 lakh per unit.

RK Arora Chairman, Supertech Limited, said, “Following the Government of India vision Housing for All by 2022, Basera is Supertech’s first initiative under the policy of Haryana Government Affordable Housing Scheme. We have received an overwhelming response from the people and we are very optimistic that such projects will give a boom to the Gurgaon market which was seeing a slowdown for the past few months.”

The Department of Town & Country Planning, Gurgaon, said, “Realising the long cherished dream of Housing for All, Supertech has taken a very good initiative to develop an affordable housing project under the scheme.”

Basera is spread over an area of 12.10 acres and is being constructed in 1 BHK & 2BHK which is also being developed by Supertech. Basera is located on bank of proposed 90 meters master plan road connecting NH8 &Sohna Road.