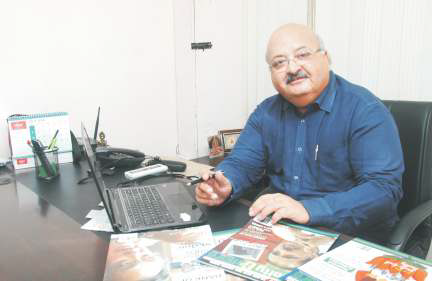 A humiliating 0-3 defeat for the BJP in recent parliamentary by-elections from UP and Bihar was the biggest political news of the past month. Ironically enough, the saffron splash in North-East where the BJP wiped off the 25-year Left rule in Tripura and managed to form Government in Meghalaya with the support of allies after winning just two seats, is no less significant either. But the results of the three seats in UP and Bihar carry major portents for 2019, and that is what should be a cause of worry for Modi-Shah combine, and a source of learning for the Opposition. The loss of Yogi Adityanath’s citadel is, particularly, a major blow to the BJP which can no way be complacent about 2019 outcome.

The Samajwadi Party emerged victorious in Gorakhpur and Phulpur only because its arch rival BSP decided to join hands with it and the two regional forces put up a united front against the BJP. And if the new-found bonhomie between the two parties prevails for the next general elections as well, that will certainly put paid to BJP’s dreams of repeating 2014 in the state. The lessons of the by-election results are not just confined to the state of Uttar Pradesh. It’s a clarion call to the entire Opposition in the country that if it is really serious about stopping BJP in its tracks, the only way out is to forge a joint front.

It needs to sink differences, bury egos and forget squabbling over the choice of a leader. With a spirit of accommodation and clarity of goals, the Opposition should go ahead to face the might of the BJP in 2019. The ruling party’s stock is already falling as is evident from its ally TDP walking out of the NDA fold, which was another major news headline of the past month. The death of 54-year-old film actress Sridevi in Dubai on February 25 was the news development that kept the entire nation glued to TV sets for days together.

Apart from the accomplishments of the first-ever female ‘super star’ and her popularity across the country, what contributed to the sustained interest in the news was the delay by Dubai authorities in handing over her body to the family and rumours that sprouted in the wake of that. At the end of the day, all speculations were laid to rest and the ‘Sadma’ girl was given a tearful farewell. RIP Sridevi! In a landmark ruling, the Supreme Court allowed terminally ill to pull the plug by allowing passive euthanasia and permitting a ‘living will’.

A path-breaking judgment indeed, it evoked mixed responses, particularly on moral and religious grounds. There was many a development on the economic front, the most significant being the ending of 41-year-old monopoly of Coal India. The Government opened coal sector to commercial mining by private entities thereby allowing power, cement and steel companies to source fuel more efficiently. The Central Board of Trustees of the EPFO cut interest rates to its five-year-low of 8.55 per cent. The decision, which will affect over five crore subscribers, still awaits a nod from the Finance Ministry. Banks hiked lending rates signalling a rise in EMIs for retail loans, including home and car loans.

Bringing cheer to the Modi Government, the October-December GDP grew at the fastest pace in five quarters at 7.2 per cent as against 6.5 per cent in previous quarter and 6.8 per cent in the corresponding period last year.

To salvage the Government’s image of being tough on fraudsters, the CBI arrested Rotomac Global owner Vikram Kothari and his son Rahul for Rs 3,695-crore loan default. Former finance minister P Chidambaram’s son Karti was arrested by the top investigating agency in INX case. The Congress, predictably, called it a vendetta. The past month also witnessed visits by two foreign dignitaries to the country—French President Emmanuel Macra and Canadian PM Justin Trudeau. Stepping up strategic cooperation, with China in mind, India and France signed a pact focusing on defence maritime ties.

A new confidentiality agreement was among the 14 signed with the country. Though providing enough photo-ops to shutterbugs on his visits to Taj and other places of tourist interest, Trudeau was cold-shouldered by Modi during the major part of his seven-day visit for his Government’s reported links with Khalistan-backers.

Among the not-to-be missed mentions of the last four weeks were: Delhi Chief Secretary Anshu Prakash alleging assault by AAP MLAs at a midnight meeting at CM’s house in the presence of Kejriwal; J&K Finance Minister Haseeb Drabu losing his job for his remarks that Kashmir was not a political issue; SC raising Cauvery share for Karnataka; Rajasthan withdrawing Bill to gag media; nine CRPF personal getting killed by a Maoist blast in Sukma; SC extending Aadhar deadline and the COA putting cricketer Mohammed Shami’s contract on hold after his wife Hasin Jehan accused him of domestic violence and adultery. The month, of course, could not have ended without some BJP leader, somewhere in the country, making some controversial remark or indulging in some unpleasant act.

The job was performed this time by Pratapsinh Jadeja, Gujarat Minister of State for Home. He told the Assembly that the party’s tally in the state fell to 99 in the last elections because “butchers, bootleggers and those opposed to triple talaq Bill didn’t vote for the party”.