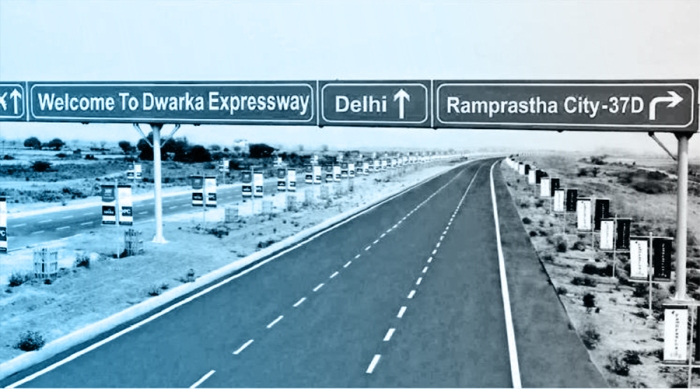 Conceptualized under the Gurugram Master Plan 2021, Dwarka Expressway or the Northern Peripheral Road (NPR) was initially planned to connect Dwarka in Delhi to Palam Vihar in Gurugram. However, it was further extended to Kherki Dhaula toll plaza intercepting NH 48 as per the Master Plan 2025.

Stretching along 18 km, this 8-lane and 150-meter-wide expressway aims to provide seamless connectivity between Delhi, Gurugram and Manesar. The expressway passes through sectors 109, 113, 37D, 88B, 105, 99 and many other sectors which saw an upsurge in residential real estate activity since its announcement.

With land acquisition issues over the years, the residential real estate market along the region suffered a major setback. However, the recent clearance of all major hurdles here has given a new ray of hope to prospective buyers and investors focused on Dwarka Expressway’s many transit-oriented benefits. 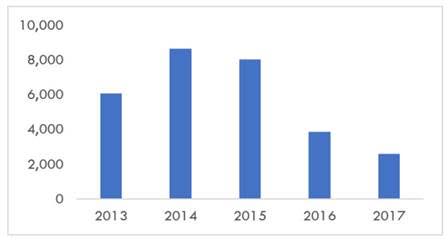 In the last five years, Dwarka Expressway has seen a fresh supply of over 29,100 units. More than 80% of the supply was added during the period 2013-15.
Various litigation issues created a slump in this region and new supply saw a major decline. In 2016, Dwarka Expressway saw the highest decline in new launches of more than 50% from 2015.

The new supply in 2017 was also restricted to a mere 2,500 units, a decline of more than 30% since 2016. The decline in new launches from 2016 was the cumulative effect of delay in land acquisition along the expressway, DeMo, RERA and GST coupled with weak consumer sentiments in NCR.

Interestingly, out of the total supply launched since 2013, the region currently has just 7% (around 2,000 units) ready-to-move-in units. The land acquisition issues along the expressway hampered its development, which in turn negatively affected the residential growth in the region. Several projects have been delayed over the years.

The total unsold inventory along Dwarka Expressway is close to 13,300 units, of which a massive share of 98% is still in under construction. 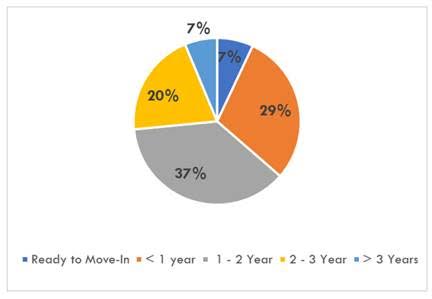 Despite all odds over the last few years, prices have improved in the region. Dwarka Expressway saw a steady rise in capital values at a CAGR of ~4% for the period from Q1 2015 to Q1 2018, which shows that the area has immense future potential. Once fully operational, Dwarka Expressway will be a harbinger of change for NCR’s real estate market. The recent clearance of all land acquisition hurdles has rekindled hopes for the realty market here.

With the office space market in most areas in Gurugram saturated, Dwarka Expressway will emerge as one of the prominent destinations for IT-ITeS companies, as it will enjoy seamless connectivity with the international airport and other key office destinations in Gurugram. On the residential front too, there will be increased activity in the coming year as a significant number of units are slated to complete.