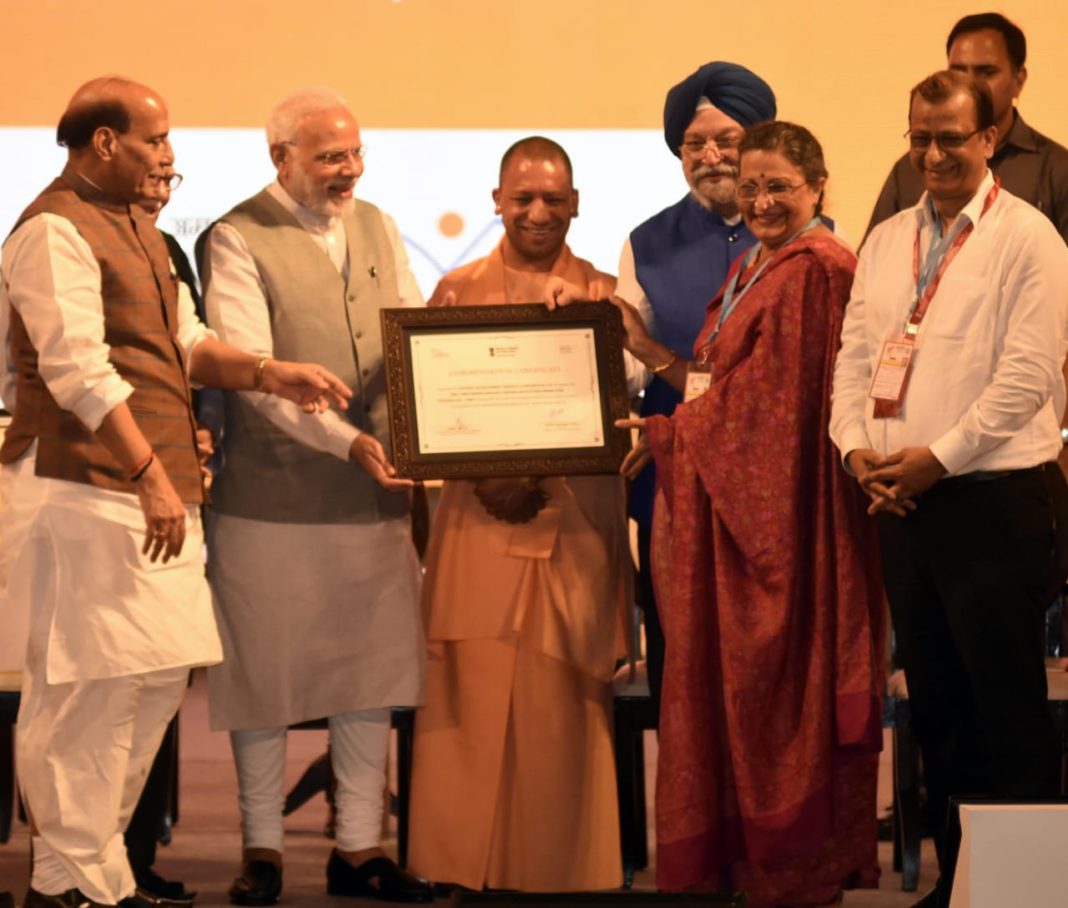 HDFC’s success towards ‘Housing For All’ under PMAY was due to the support it received from Ministry of Housing & Urban Affairs and National Housing Bank.

Commenting on this occasion, Ms. Renu Sud Karnad, Managing Director, HDFC Ltd said, “The government has laid extraordinary focus on affordable housing with the launch of PMAY. Urbanization in India has been increasing at a rapid pace. By 2030 it is estimated that half of India’s population will be residing in urban India which implies more demand for housing. This impetus given to increase home ownership by the government has been unprecedented. This has renewed the interest of homebuyers in the Indian real estate sector and allowed first time home buyers to avail more benefits to own a house.

This opportunity has arisen only because of Prime Minister’s vision of providing ‘Housing For All’ by 2022 and his firmness and constant focus by providing special incentives not only to economically weaker section and lower income groups but also to large middle-income group.

We are enthused by the government’s thrust on providing affordable housing to all, our initiatives like ‘HDFC Reach’ for the informal sector are living up to the objectives of ‘Housing for All’.” HDFC has helped over 44,000+ beneficiaries to avail the benefits under the Credit Linked Subsidy Scheme (CLSS).

HDFC in line with its vision for providing affordable housing to all has been partnering with the government wholeheartedly to take the scheme, ‘Pradhan Mantri Awas Yojana (PMAY)’ to the real beneficiaries i.e. Economically Weaker Section (EWS), Low Income Groups (LIG) and Middle Income Groups (MIG).

HDFC, in order to educate customers about the benefits of these schemes, has been conducting seminars, presentations, Q&A sessions and on the spot counseling on a war footing across the country where NHB and Ministry official shared their inputs and addressed queries. HDFC has also trained over 1,000 developers, trained and reached over 30,000 channel employees and developer staff, trained over 2,000 HDFC’s in-house staff and created training module and conducted the online campaign on various social media platforms to reach out to the wider audience.

This is one small step towards “Housing for all by 2022”  which HDFC Ltd has been working on as a mission and business objective to take the government’s scheme, ‘Pradhan Mantri Awas Yojana (PMAY)’ to the real beneficiaries.  Recognizing the performance in implementing the CLSS for EWS/LIG under PMAY(U), HDFC has been awarded amongst the top performing institutions under the Credit-Linked Subsidy Scheme in 2017 as well.