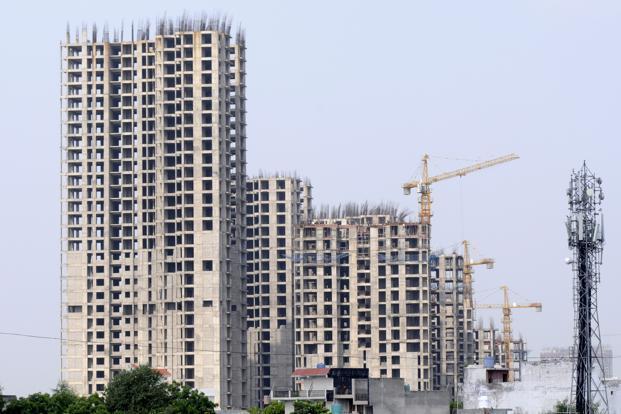 Self-redevelopment of old, dilapidated housing projects in cities like Mumbai is a much-talked-about new phenomenon and is rapidly catching on because it is, in many cases, a practically possible proposition. Self-completion of stalled projects is, however, another ballgame altogether.

The issue of stalled or delayed projects is one of the major pain points of the Indian real estate sector currently. With buyers feeling the heat of delays, it is not surprising that some are now considering completing the projects themselves. This falls within the realm of possibility if the project in question has sufficient cash flows but is delayed for other reasons.

Rather than being victims, some buyers prefer to take matters into their own hands and are forming groups, hiring contractors and even consulting with Government authorities about the process of completing their projects themselves.

The Challenges of Self-Completion

Realistically speaking, it is a mammoth task to build a real estate project, and only experts within this domain will know the inherent challenges. Projects stuck due to land ownership title flaws or litigations may not be doable self-completion propositions for buyers at all.

Besides lack of expertise in handling project construction, the appointment of experts and the overall completion process can be a very expensive affair for buyers who have already shelled out for the properties themselves.

Successful self-completion also depends on the actual state of the delayed project – its stage of completion, financial health, size, land title, etc. In short, there are a lot of potential hurdles to factor in, so the trend of project self-completion may still take a while to catch momentum.

In fact, it may not even be legally possible in many cases. At the end of the day, the project’s developer holds the development rights and may refuse to relinquish them. Or the project is stuck because of insurmountable legal issues such as lack of proper development rights, flawed land title, etc.

Also, it is obviously unfair for homebuyers to shell out more monies to complete a project for which they have already paid earlier on. Only if all buyers are fully convinced on several fronts and are capable to take charge can they consider going ahead with self-completion of the project.

As time has proven, getting a unilateral buy-in for any massive undertakings such as redevelopment, which involves considerable inconveniences, can be far from easy. It is just a short stretch to apply this dynamic to self-completion. Many existing buyers in a stuck project may continue to believe in the developer’s ability to complete it, and refuse to participate.

That apart, smaller builders unable to complete their project can still consider mergers or JVs with bigger players having sufficient financial capabilities to complete the project. This option should be seriously considered before self-completion is.

The Advantages of Self-Completion

If all buyers, as well as the developer, agree for self-completion and there are sufficient cash-flows and no legal impediments, self-completion of a housing project can be a win-win situation for everyone concerned. Once the project gets completed, it will increase the overall value of an otherwise dead property by at least 20-30%.

While people who bought their flats for self-use can finally live in their own homes and save on rentals as well as EMIs, others who were looking to earn rentals can begin reaping income. Such a scenario is obviously far more beneficial in the long run than an incomplete, dead project. From the builder’s standpoint, if a project gets complete, he offloads unsold inventory. As it is, most buyers now prefer ready-to-move-in homes.

How the Government Can Aid the Cause

Self-completion is stuck housing projects is still largely uncharted policy territory. If enough buyer bodies representing otherwise sound projects of sizes that can feasibly be completed begin to come forward, we may see a new policy offshoot to come to their aid emerge. This is by no means out of the question.

The Government is already making concerted efforts to pull the sector out of its woes – from doling out sops in the budget to offering GST rate cuts that will woo back buyers and investors. Subsequently, the Government and RBI are taking steps to make finance more accessible to the cash-strapped developers so that projects stuck due to funding issues can get completed.

The RERA authority across states is also tightening its grip on defaulting developers, and so is the judicial system – including the apex court, which has, in recent past, given several orders favouring homebuyers.

All in all, homebuyers are now gradually seeing a change in trend wherein their rights and interests are being heard and respected. In such a rebooted market environment, pitches for self-completion of stuck projects can certainly be taken seriously and adequate policy provisions made to enable them in their quest.