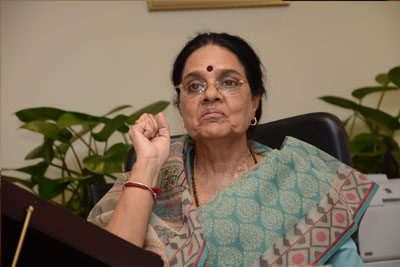 Indicating a pattern of housing development, the pilot housing start-up index  (HSUI), initiated by the Ministry of Housing and  Urban Poverty Alleviation (HUPA), will go semi-urban and cover 300 cities.

“This pilot index covers 27 cities and efforts will be made for its expansion to cover 300 cities in near future,” Dr Girija Vyas, Minister, HUPA said while unleashing the results of the HSUI.

Dr Vyas spoke about the macroeconomic linkages of the housing sector due to the spillover effects on nearly 254 ancillary industries and the contribution of this sector to about 10 percent of the GDP and the resultant significance of the HSUI in being a key macroeconomic indicator.

Dr Vyas also said that the interesting trend in the results of the pilot index showed a decline in housing starts in million-plus cities such as  Kolkatta, Chennai and  Bangalore and a rise in smaller cities such as  Ahmedabad, Bhopal, Hubli,   Dehradun, Sangli, etc.  “Such trends are useful indicators of the pattern of development, in our country, which in turn helps policymakers and administrators to understand the future focus and thrust areas not only in terms of housing provision, but all the associated infrastructure and civic amenities required,” she said.

Dr Vyas also urged all the policymakers, technocrats, bureaucrats and academicians, to reflect and brainstorm,  then if required iterate and revalidate the methodology adopted in the formulation of this index.