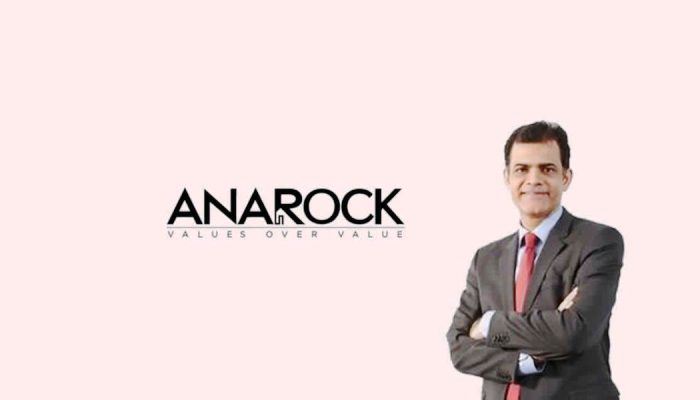 Can other asset classes like mutual funds or equities or stocks outpace real estate in the long run?

Let’s get straight into this question, which has been a concern among all stakeholders – financial planners, property owners, investors and prospective buyers – over the last few years. And only because real estate, particularly residential, did not yield the same returns as it did during its Golden Era of the early 2000s.

Past trends reveal that between 2013 to 2018, residential property price appreciation in India bottomed out to a mere 12% – effectively a little over 2% on a yearly basis, even for properties in prime locations.

So, if one bought and sold such a property within this period, their returns would have been less than satisfactory. After all, during the boom era between 2004 and 2008, the average five-year return for housing across the top 7 Indian cities was over 60%.

A drop of nearly 40% between 2009-2012, if we consider growth only in the unorganized real estate sector.

Goodbye, real estate investors? Not quite.

Slowdown – Not A Unilateral Phenomenon

Where, exactly, did this unwholesome trend apply in a land known not only for its political and societal diversity, but also for sheer geographical spread? After all, everything doesn’t happen the same way at the same time in the third-largest country in Asia and largest country in South Asia.

Or, for that reason, in terms of the political implications in different states that separate a huge land mass, each governed by different authorities with different political objectives and the economic imperatives that govern each particular segment.

What was at play? Primarily, prevalent favourable policies benefiting the state back then. Similarly, Pune saw a significant IT boom during the 2009-2013 period, which eventually caused land prices to appreciate by as much as 60% during this period.

We are talking about the phenomenon of some parts of a huge country performing extraordinarily well, while others didn’t. India is simply too big to generalize about. If we compare the country to a physical body, some parts received less nutrients and were poisoned by toxic elements, while other parts suffered less or no similar exposure and remained immune.

Some markets are almost completely end-user-driven, which puts the lid on speculative price hiking. Other markets are more amenable for investors – albeit, in the new market environment, only those with a long-term view.

Changing market dynamics, and the acceptance of such change, happened in pockets rather than unilaterally. Wherever they are and wherever they invested to whatever extent, investors have had to come to terms with this change.

Just like in the stock market, long-term investors who see the big picture have responded differently than short-term speculators who can only appreciate a quick buck.

Volatile in nature, stocks and mutual funds are a favourite with a certain number of the quintessentially conservative Indian retail investor. However, ANAROCK’s recent consumer sentiment survey for H1 2019 indicated that while 25% participants preferred stocks and mutual funds, a majority of over 57% voted for real estate as their favourite investment instrument.

In fact, real estate left even the least risky investment routes of fixed deposits and gold far behind.

Indians’ inherent love for real estate has not collapsed. Rather, Indian real estate investors have evolved in their outlook and are focusing on alternate investment options within the residential real estate sector itself. The more well-heeled investors are undoubtedly bullish about Grade A commercial properties in prime locations.

But just how many investors who can afford such financial exposure are we talking about in a country where the annual per capita income was $1670 in 2016?

Residential real estate is no longer a singular concept in India. Backed by government sops, affordable housing can feasibly give returns to the tune of 8-10% in the long term. There are also a number of alternate residential real estate investment options – including serviced apartments, senior living, Smart City-based housing, and co-living.

The monthly rental ROI for these residential sub-categories is a lot higher than for mainstay mid-income or luxury housing. Much depends on how much an investor has kept abreast of the rapidly-changing Indian housing market.

For instance, co-living units can offer as much as 8-11% of ROI – a much higher yield than the current average yield of 1-3% in garden-variety residential properties. How many investors are gauging the intricate variances that drive returns on investment in Indian residential real estate, and how many are just going by the old thumb rules?

There are immensely profitable asset classes in Indian residential real estate investment, but far too few investors are actually scanning the radar for them.

In earlier years, most small ticket investors banked heavily on residential properties for their investments. Today, wealthier investors are eyeing commercial properties and ‘sunshine’ sectors like warehousing. Also, REITs (Real Estate Investment Trusts) have finally kicked off in India, and commercial real estate is attracting a lot of attention from real estate investors.

The recent oversubscription of the Embassy-Blackstone REITs definitely sends out clear signals to global as well as domestic investors – it’s a good time to grab a piece of the Indian office property pie. In fact, we expect REITs investors to become more bullish and eye stakes in multiple Indian commercial assets which may be listed under REITs in the future.

In REITs, small-time investors rightfully sense the unveiling of a major new investment avenue comparable to that available in more developed nations. Meanwhile, Indian commercial properties are drawing a lot of interest from big-ticket investors. This segment has performed much better in India than its housing segment over the last few years.

Residential – Down, Not Out

In the past, a lot of investors made a killing on Indian residential property – in short periods – by timing the purchase and sale of housing units. Were they wrong about their investment approach, or were they wrong about their chosen asset class? Certainly, given the rebooted regulatory environment and existing strictures that prevent ‘flipping’, speculative short-term investment in the Indian housing sector no longer makes sense.

To realize 8-10% annual returns or more today, housing investors must have a horizon of at least 5-7 years. Meanwhile, they can earn rental income from an asset that has perennial inherent demand.

In developed countries with organized property markets, alternate residential real estate investments done for the long-term have earned returns on par with those of equity and mutual funds – with far less volatility. India is currently on the path of such organization, with rapidly increasing transparency, governance and discipline. There are much better times ahead.

For now, Indian housing prices will remain at status quo. In the future, the pent-up demand of more than 10 million units will hold sway and drive up the rental and capital values of all but the most ill-chosen housing. From urban to suburban and from peri-urban to rural areas, the inherent demand for housing – and the potential returns on investment – is beyond question.