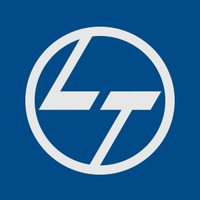 According to a press release, L&T has received the mandate from the Jaipur Development Authority (JDA), which is leading the initiative to equip Jaipur with world-class digital facilities targeted primarily at the heavy tourist traffic. All kind of information about the city, its rich heritage and history, locations, directions, distances, etc. will all now be available at the click of a button to tourists and citizens.

“We are delighted to be involved in this farsighted programme to transform Jaipur into India’s first smart city,” said SN Subrahmanyan, Deputy Managing Director and President, Larsen & Toubro, who also heads L&T Construction, the construction arm of L&T where the smart world business vertical resides.

The Jaipur project, which was described by Shikhar Agrawal, Commissioner, JDA, as “a very important initiative” and “the first major step towards realising the dream of making Jaipur a smart city,” has been planned in two phases with Phase 1 aimed at transforming six major locations into smart zones in the next month a and half and the remaining locations to be completed in a total of 120 days along with an operations and maintenance contract for five years.

In Phase 1, L&T is completing the work at six locations, including the famous Amer Fort.