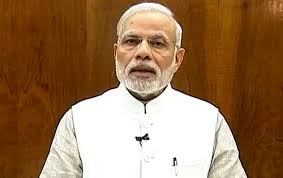 Prime Minister Narendra Modi has formed an informal group of ministers to examine the Real Estate (Development and Regulation) Bill and suggest changes that would make it homebuyer-friendly while protecting interests of the real estate industry.

According to a published report, the group, comprising Urban Development Minister M Venkaiah Naidu, Finance Minister Arun Jaitley and Law Minister DV Sadananda Gowda, is examining the Bill and the report of the Rajya Sabha select committee. The group of ministers has also been asked to examine the issues raised by the Opposition in the select panel.

The Government, according to the report, is determined to push the Bill in the winter session of Parliament. The Congress has alleged that the Modi Government had watered down the Bill framed by the UPA Government to favour the real estate industry at the cost of home buyers.

One of the contentious issues is the clause which makes it mandatory for a private developer to deposit 50 per cent of the amount realised from allottees in a separate account in a scheduled bank. The Congress has accused the Government of reducing the percentage from 70 per cent to 50 per cent.