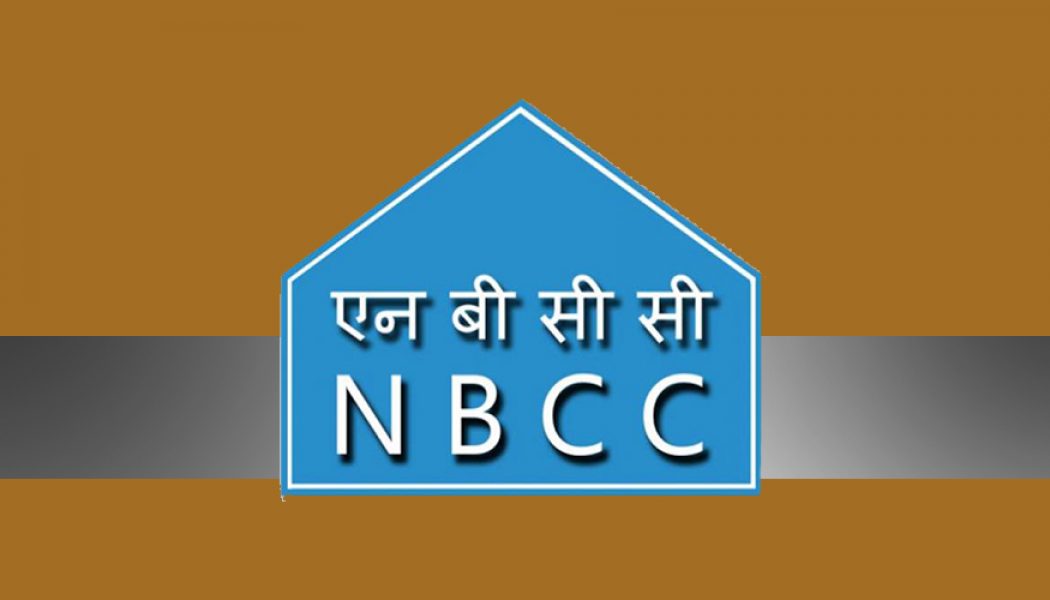 NBCC, the state owned Navratna Enterprise, under the Ministry of Housing & Urban Affairs (HUA), Govt. of India, has registered approximately 23% Growth in FY 2016-17 as compared to the previous year. The Annual Financial Results for FY 2016-17, announced on 18th Sept. 2017, shows the Company posting a net Profit of Rs.355 Crores while its total Income has surged to Rs.6400 Crore.

Speaking to the Media on the occasion subsequently, Dr. Anoop Kumar Mittal, Chairman-cum-Managing Director of the Company said that the Company had been consistently performing well and informed that the Order Book position of the Company as of now, stood at around Rs.75000 Crore and was likely to touch the figure of approximately 1 Lakh Crore in next few months.  Elaborating upon the business outlook, Dr. Mittal stated that the Company’s focus areas in the coming years would primarily be PMC based Redevelopment works.

He said that NBCC already had huge work orders from the Government in respect of the redevelopment of properties which included Rs.5000 Crores East Kidwai Nagar Redevelopment which is nearing completion; Rs.2149 Crores Integrated Exhibition-cum-Convention Centre for ITPO; AIIMS Redevelopment Works of Rs.5828 Crores etc. In this context, he also shared details on recently secured huge works of redevelopment of Govt. properties valuing approximately Rs.25000 Crore located at Netaji Nagar, Sarojini Nagar and Nauraji Nagar in Delhi. DR. Mittal in this regard, added that this Nauroji Nagar Commercial Hub shall be named World Trade Centre, New Delhi, as NBCC has got the License from WTC New York recently.

Giving an account of the Company’s latest strategic moves in business operations, Dr. Mittal spoke of NBCC’s recent acquiring of HSCL, a Central PSU under the Ministry of Steel, setting up of two more new subsidiaries, one NBCC International Ltd. to aggressively go for enhancing overseas stake and the other NBCC Environment Engineering Ltd. to pursue the cause of sustainability and environment.

Dr. Mittal also informed the media that the Company had recently gone for stock split of each equity share of face value of Rs.10/- each into 5 equity shares of face value of Rs.2/- to make Company script more affordable for the common investors. In this regard, he also said that NBCC had paid interim dividend of 53 paisa per equity share of Rs.2/-  each (i.e. 26.5%)  and recommended final dividend of Rs.1.10/- per share (i.e. 55%). The Company’s Earnings Per Share (EPS) for the FY 2016-17 was Rs.3.90 as compared to Rs.3.19 in the previous year.

Mentioning about the future focus areas, Dr. Mittal stated that the Company in line with the Government’s vision for building New India, would extensively be putting its emphasis in initiatives like Skill Development, Housing for All including Affordable, AMRUT, Smart Railway Stations re-development all across the country, Real Estate Development in Tier II & III Cities, Swachh Bharat Campaign. To this end, he stated that NBCC’s New Technology adoption initiative for faster and sustainable construction would play the key role in realizing these dreams. In this context, Dr. Mittal gave a brief account of NBCC’s collaboration with renowned companies of the countries like USA for  importing 3D printing technology, Gremound (Hungary) and ETICS-BOLIX (Poland) to import energy efficient solutions and non-tectonic technology systems.

Dr. Mittal concluded by saying that NBCC is now poised to make a huge leap forward by involving itself in the business activities that would ensure sustainable infrastructure development of the country in its bid to build a New India.