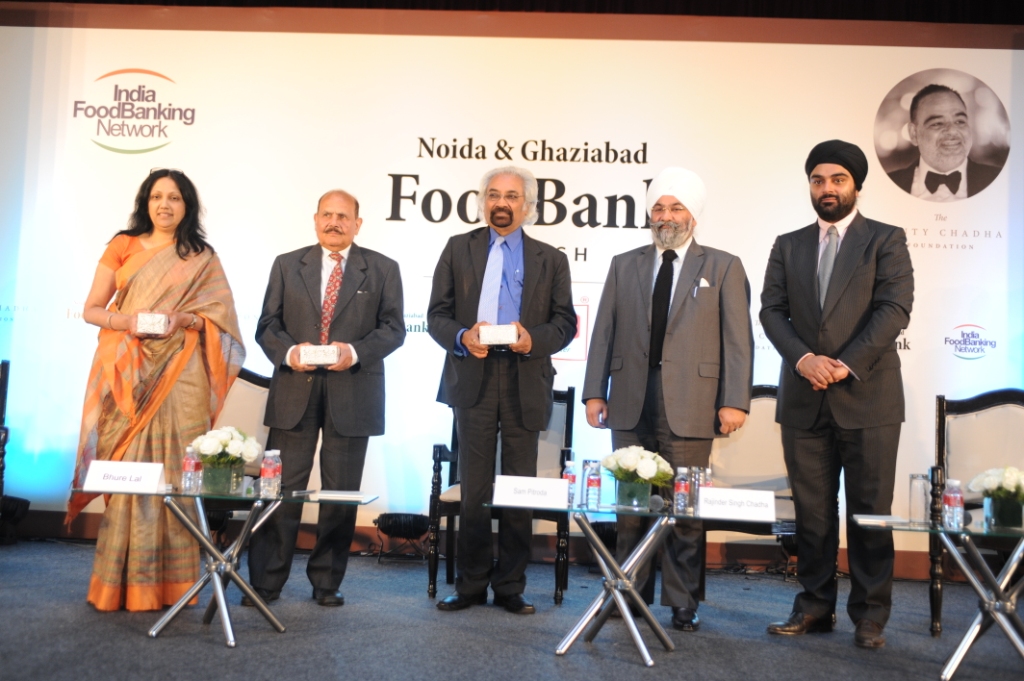 In a bid reduce food crisis in Noida and Ghaziabad areas, Ponty Chadha Foundation — an initiative working on the philosophy of general welfare — has announced its alliance with India Food Banking Network. The move is to provide essential food grains to the needy in such areas, said a company release.

The Foundation, led by Mrs Jatinder Kaur Chadha, wife of Late Gurdeep (Ponty) Singh Chadha, will not only provide food for the needy but will also build public awareness to curb hunger and malnutrition in the region. Along with India Food Banking Network, a non-profit organisation, which provides food to millions of people each year with help and support from all sectors of the society, Ponty Chadha Foundation will work towards fighting the prevalent global food crisis through this initiative.

Speaking on the occasion, Sam Pitroda, Chairperson, India Food Banking Network said, “There are 220 million hungry people in India and we have surplus of food which goes waste every day, we just don’t have the logistics in the right place to deliver the food. We cannot grow  8-10 per cent a year with people going hungry, we just can’t let that happen.”

“There are large number of migrants working in Noida and Ghaziabad developing its infrastructure but several of them do not get proper meals. China has set a great example in eradicating hunger and poverty, we can also replicate the same. We will soon be launching food banks in Mumbai, Bangalore, Baroda and Jaipur. We appreciate Mrs Chadha for his support and leadership qualities in running the Ghaziabad and Noida FoodBank,” he added.
Ponty Chadha Foundation has successfully conducted food distribution activities under the India Food Banking Network Project along with Food Drives at offices and malls of the Wave group and Genesis Global School. There has been considerable support from Britannia Industries as well, with donations collected at the Warehouse of the Ghaziabad and Noida Food Bank.

However, Manpreet Chadha said, “As esteemed partners of the Indian Food Banking Network, our appeal is twofold, to organisations in Noida, Ghaziabad, and across India to come forth, and share food grains and other infrastructure. We also request charitable organisations, schools, orphanages and other relief initiatives to inform us where we can extend a helping hand to mitigate hunger.”

The foundation has been instrumental in organising free diagnostic and medicine distribution camp in association with Indo-German Hospital to provide imperative amenities to the children in the district of Ghaziabad.

As a part of the foundation’s mission towards socio-economic development through hunger relief management, food grains will be collected from the farmers directly and stored at the foundation’s warehouse; and then distributed to the villagers on a daily basis.

C&W ties up with ICSC for retail market intelligence